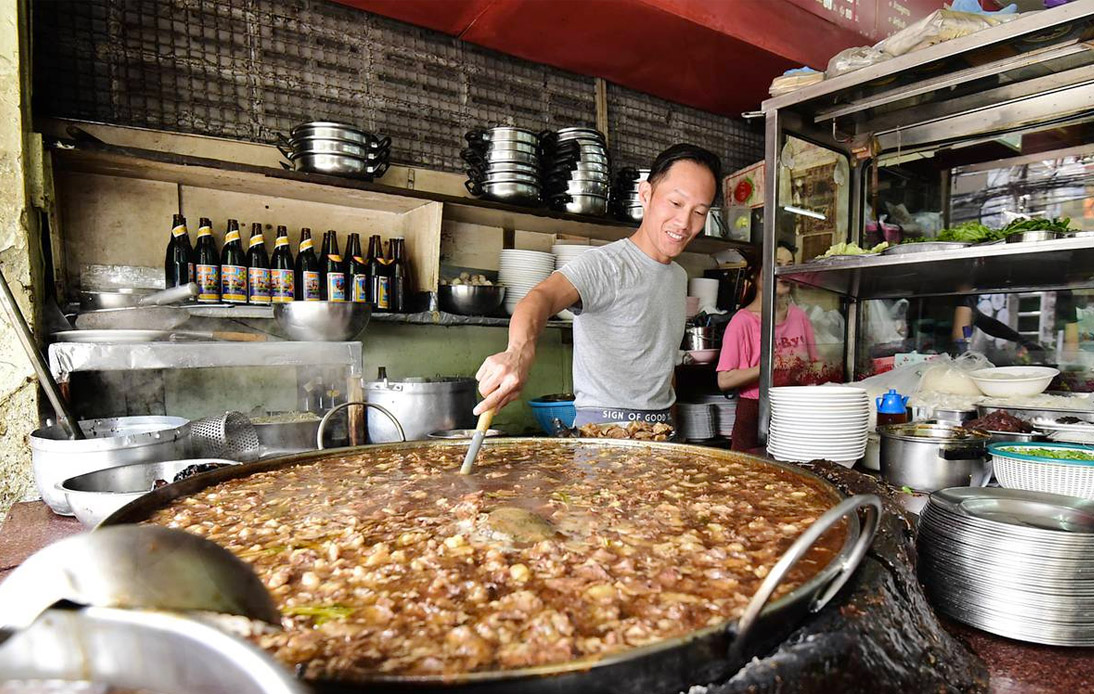 Dining venues in 20 countries across Asia have been honoured in the first ever “Essence of Asia” awards. From Laos to Cambodia, India to Japan, Singapore to Thailand, the choice of awardees has got foodies talking.

Ekkamai’s Wattana Panich has been using the same pot to prepare beef stew for the last 40 years, and is the only Thai street food vendor to be recognised in these awards, honouring establishments who “reinvent indigenous cuisines and revive centuries-old recipes, all while playing a key role within their communities.”

The “Essenece of Asia” awards have been announced as a curtain-raiser for the 9th edition of Asia’s 50 Best Restaurants, which will take place on March 25th this year as a virtual awards ceremony.

Nattapong Kaweeantawong is 41-years old and the third generation of his family running Wattana Panich inside the double shophouse on Ekkamai Road. His giant pot is always full to the brim with flavoursome beef, where each batch has been stewing for at a total of 8 hours.

Apart from the melt-in-your-mouth fresh cuts of succulent beef, there is fresh coriander, fresh black peppercorns, star anise, cinnamon, garlic, and around 10 types of Chinese herbs and spices added to the mix to give the dark soup its unique taste.

A sweet and rich smell fills the air of the vicinity, and locals travel far and wide through the Bangkok traffic to savour the famous concoction.

Bangkok had yet more to celebrate, with the venues Barefoot Bangkok, 100 Mahaseth and Na Café being awarded for different initiatives such as their food, art and even programs regarding zero waste.

Other parts of Thailand were also included: Chiang Rai, for example, has an amazing five-diner restaurant called Locus Native Food Lab, who won an award for their amazing skill at reinventing classic dishes with local ingredients.

The restaurant specialises in adding contemporary twists to the outstanding meals that they offer.

Samway & Sons is another example of a unique establishment that has been awarded. Located in Udon Thani, they were commended for the skill of Chef Num and her team for working with farmers to make amazing, life-changing Isaan meals, and organising workshops to help farmers gain wider recognition.