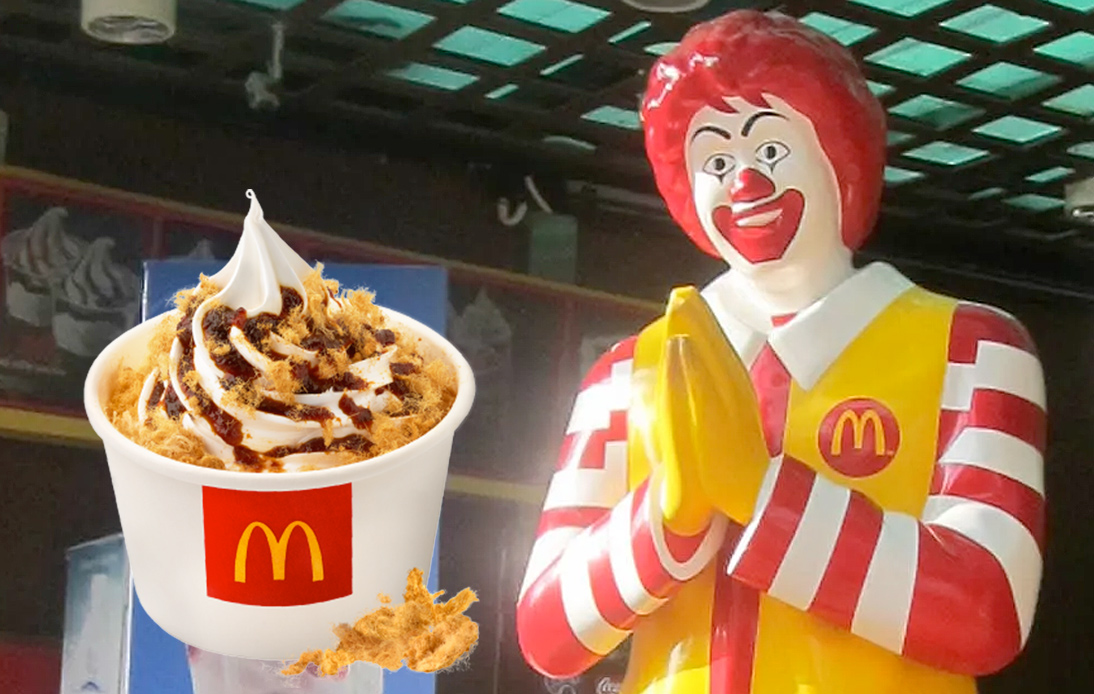 McDonald’s Thailand has just dropped their latest offering in the Land of Smiles – Chili Paste Pork Ice Cream has made its debut on its menu. No, April Fool’s Day has not come early this year.

McThai, as McDonald’s is known in Thailand, are aiming to give those purchasing the item “a rich, spicy, and meaty” ice cream experience that patrons are unlikely to have ever had before.

For anyone who is not familiar with pork floss, it is a dried meat product that has a light and fluffy texture similar to coarse cotton.

The official McDonald’s Thailand website lists the Chili Paste Pork Ice Cream for sale at THB 39, which works out to around $1.18 USD.

Though the Chili Paste Pork Ice Cream is an original innovation, it isn’t the first McDonald’s dessert that has combined chili with the chain’s classic vanilla soft serve.