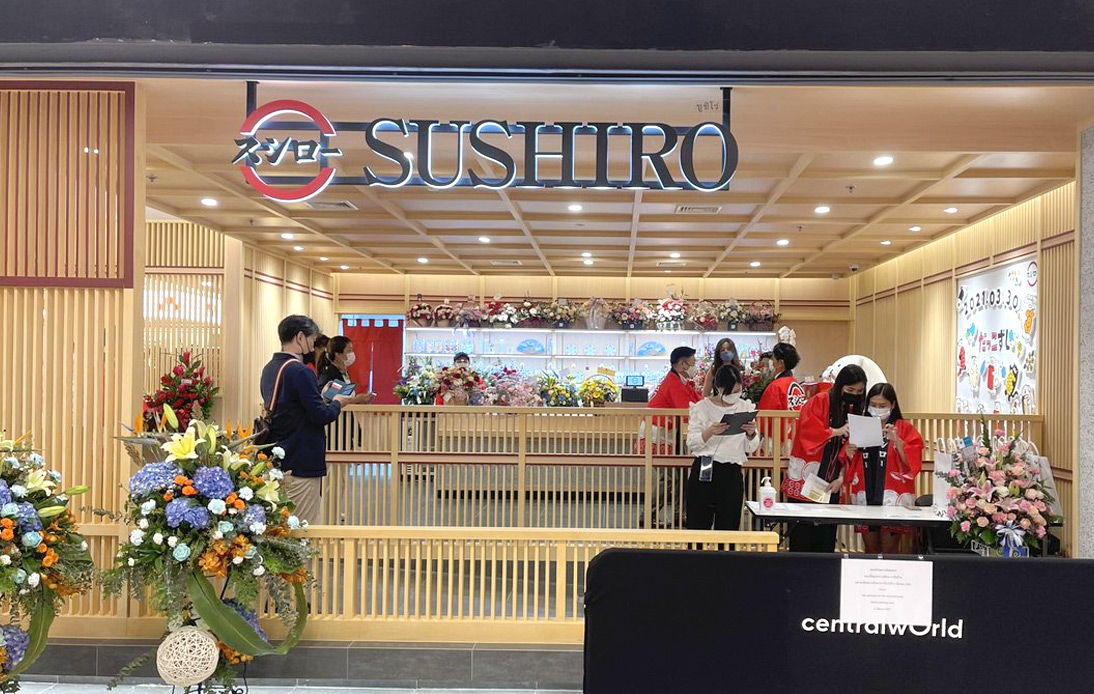 There is a new trend for sushi lovers that is gaining more and more popularity thanks to a renowned Japanese chain: the moving mall sushi, and it arrives in Bangkok this week.

Fans and voyeurs of the world-famous dish will be able to pluck their favorite varieties from perpetual motion plates to try their delicious and characteristic flavor.

Bangkok’s CentralWorld Mall welcomes locals and visitors to Sushiro’s #1 spot in Thailand, a Japanese franchise known for conveyer-belt 100JPY plates as exquisite as they are cheap.

Diners will have the opportunity to know and try its menu starting Wednesday, March 31st, at 10:00 a.m.

Regarding the prices, the sushi chain let it be known that the starting plates costs will be jacked up a bit higher than that at 40 baht. But the most impressive news is that the restaurant will bring not only 100 types of sushi but also some Japanese favorites.

Sushiro is considered one of the most popular conveyor belt sushi chains in Japan. It first opened in Osaka almost 40 years ago.

Its new outlet will be in the kingdom, and it will bring a peculiar and fascinating concept that many people know thanks to YO! Sushi, a company that owns, operates, and franchises conveyor belt sushi restaurants in the United Kingdom, Republic of Ireland, Russia, United Arab Emirates, Saudi Arabia, Bahrain, Kuwait, and Australia.