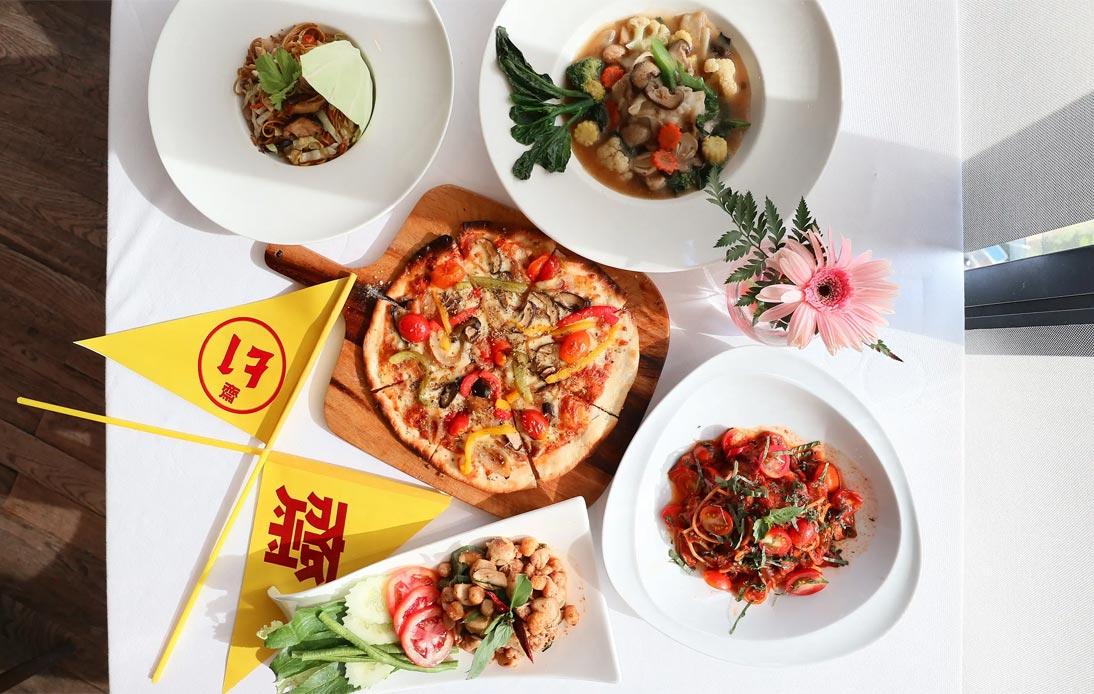 Thailand’s famous vegetarian festival is here again. Also known as the Nine Emperor Gods Festival, it begins with on the 9th lunar month of the Chinese calendar, in late September or early October. For 2020, though, it will take place from October 16 to the 25th.

In Thailand, the Taoist celebration is known as Tesagan Gin Je, and these are nine glorious days of fantastic food and folklore.

Originally Chinese, the festival tradition arrived in Thailand in the 19th-century, and it’s a strong tradition mainly in Phuket because of its long-lasting Chinese traditions. So, what’s it all about?

Here’s all you need to know about Thailand’s Jay Vegetarian Festival. 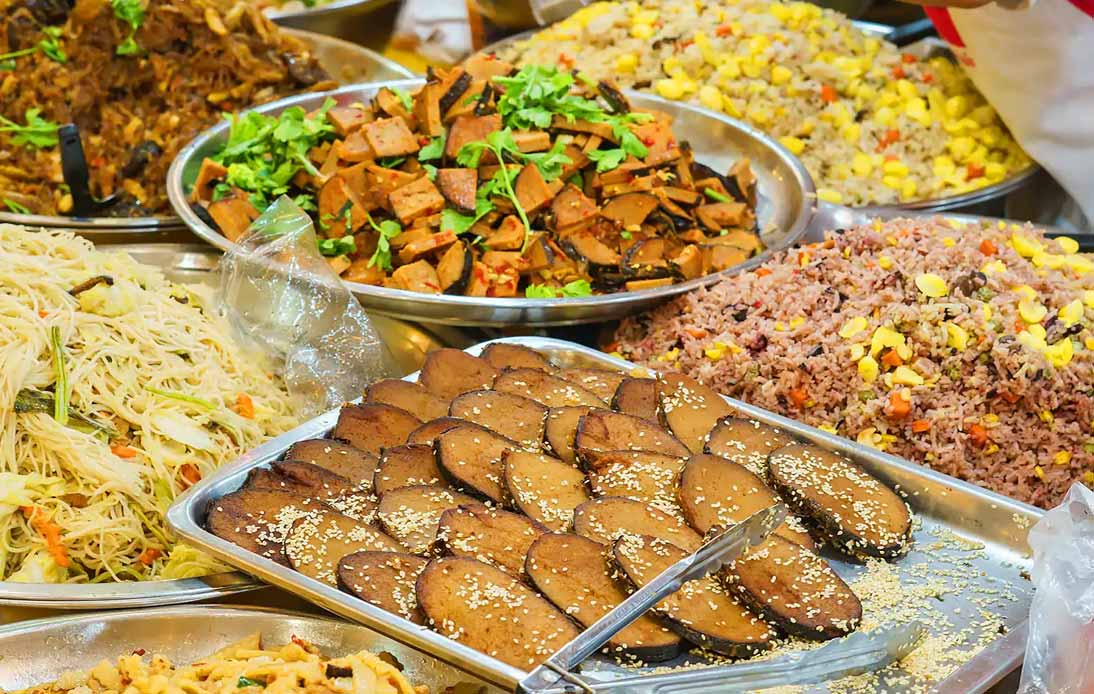 The Jay festival is an all-out feast celebrated with vegetarian food. There’s no meat, poultry, or eggs, and the so-called pungent veggies, like garlic, onions, and chives, are also avoided.

If you’ve explored Thai vegetarian traditions, you know plant-based foods are called mungsawirat. You also know some classic veggie dishes include eggs and dairy, well, don’t expect much of that during the Tesagan Gin Je.

Instead, expect to see lots of meat substitutes and a wide array of greens. Soybeans and tofu are the main features here, but presentations are creative and colorful, so you don’t even miss the meat. 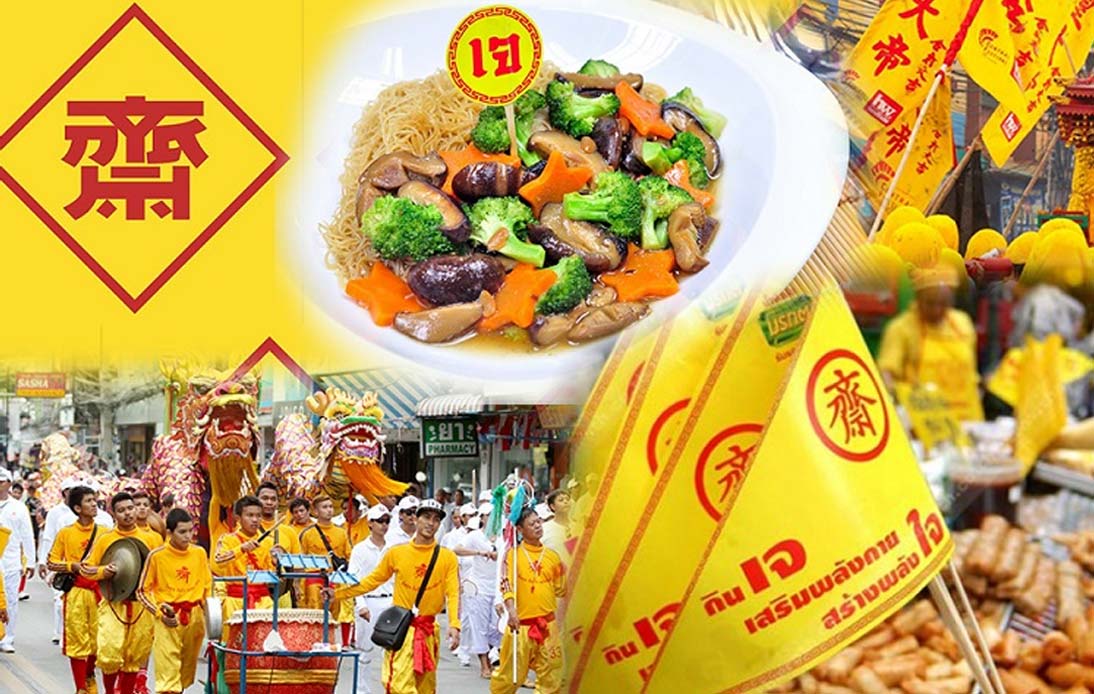 Restaurants, vendors, and eateries participating in the Jay festival are marked with yellow flags with red characters, so they’re impossible to miss.
Experiencing the festival in Phuket is undoubtedly something special, but the Yarowat road running across Bangkok’s Chinatown thrives during the festival as well.

If you’re around Chiang Mai, an already vegetarian-oriented city, visit the Warorot Market, the city’s oldest market; it’s all dressed in yellow during the festival.

Large shopping malls and convenience stores all around the country join the festival too, so look for the festival flags or stickers, and be prepared to eat quite a lot because everything is delicious!
To thoroughly blend in, remember to wear white, and you might want to skip this one if you’re pregnant, especially during the ceremonies; you know how locals are protective about their traditions.

It’s Not Only About The Food 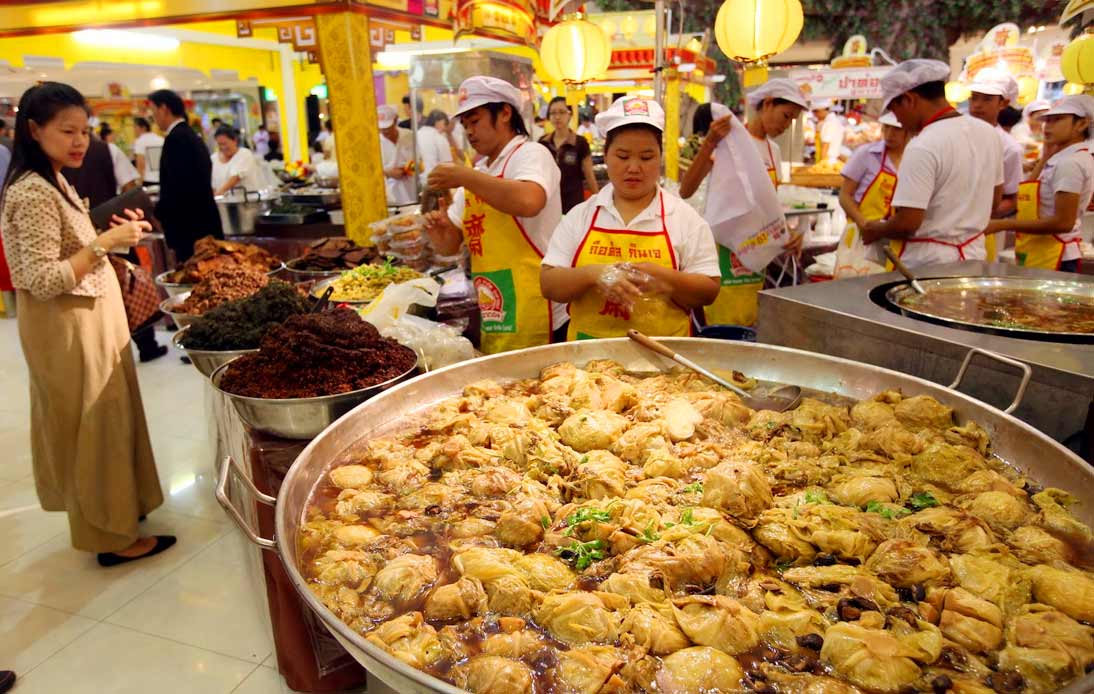 During the festival, meatless dishes, snacks, and even sweets abound, and you can feel the excitement in the air! The festival, though, is also about making sacrifices.

People don’t smoke or drink alcohol; they act on their best behavior; they don’t swear or lie. They don’t gamble or even wear fancy ornaments.
Commitment goes as far as people performing piercings and self-mutilation; they walk over burning embers and perform some pretty awesome but risky stunts with blades.

Don’t worry; the Jay festival is much more festive than grim. It’s all about cleansing your mind and body, so think about making some sacrifices yourself; just don’t do anything too extreme.

Why Is The Jay Festival So Special? 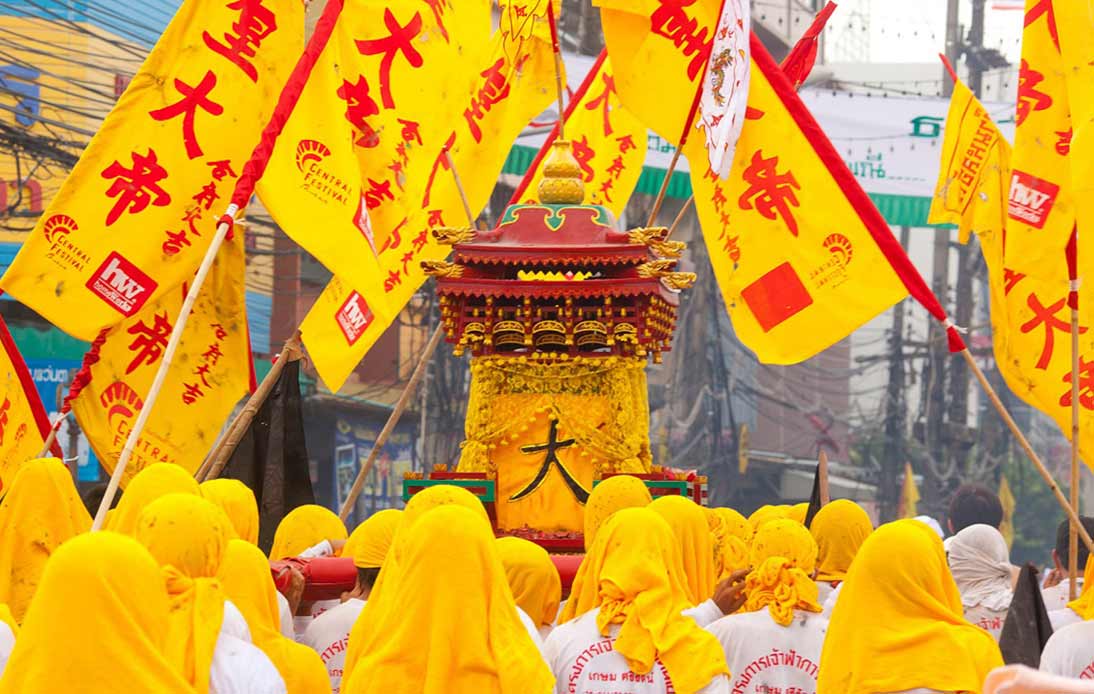 The Taoist philosophy behind this colorful and tasty festival is worth mentioning. The idea is quite noble; every life matters, so cutting on animal products has a real significance. How is it that this is just a thing in the West, despite being around for centuries in the East?
Then there’s the health benefits because the festival is about asking for health and longevity. Obviously, plant-based foods are an excellent starting point to get there.

The food is fantastic, yes, and the dragons, the music, and Chinese decorations are quite a sight. You definitely don’t want to miss the festival but use the opportunity to reflect on your wellness as well.

Don’t Wait! Go Out and Enjoy the Jay Festival 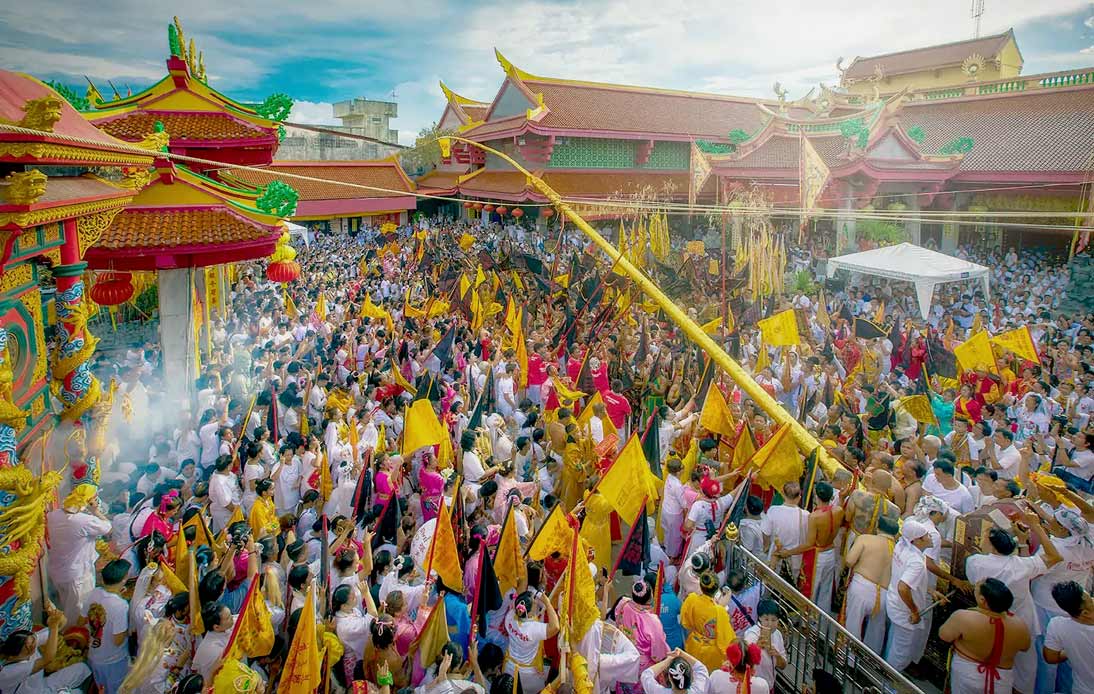 Look for the yellow flags and follow the music! The Jay vegetarian festival awaits. Don’t miss it and make sure to make the most out of it. We’re sure you’ll have a great time, and once it’s over, we bet you’ll see vegetarian food with fresh eyes. Cutting back on meat is easy in Thailand, especially when everyone puts so much effort into it!