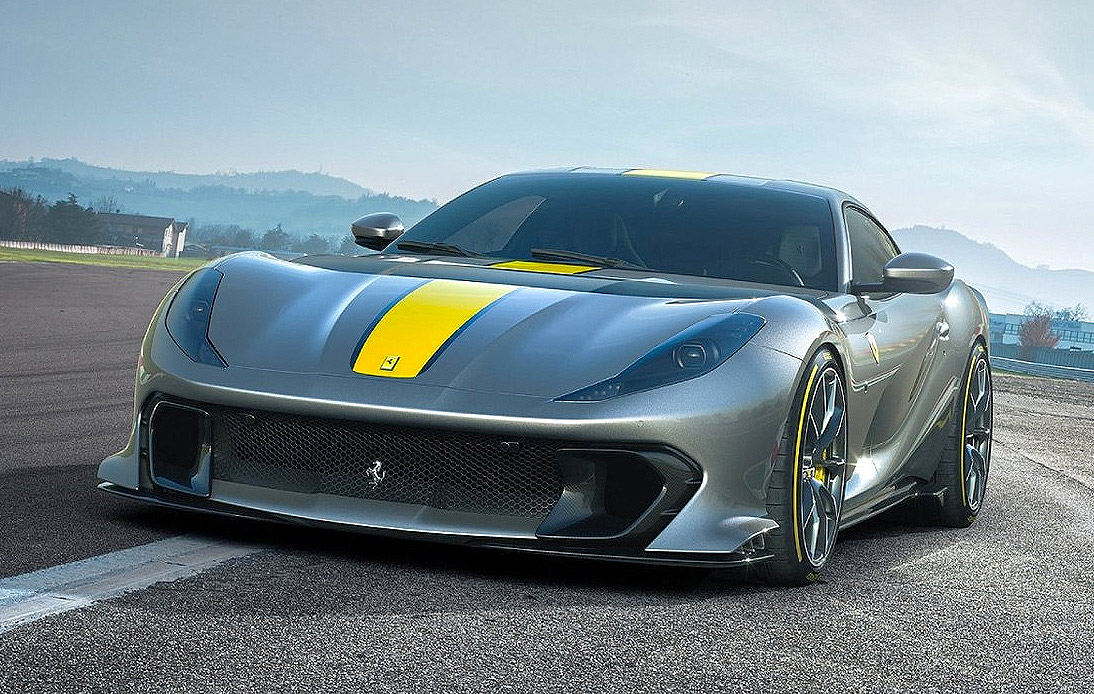 The first official images of Ferrari’s latest limited-edition special series have been released days before its global launch, which will be broadcast live via the brand’s social media on May 5 at 14:30 CEST.

The new model comes as the ultimate expression of Ferrari’s concept of an extreme front-engined Berlinetta and a refined version of the critically-acclaimed 812 Superfast.

With a perfect combination of performance, form, and function, the car is irrefutable proof of the company’s 7-plus decades of experience in the world’s circuits. It is based on the sports car DNA of the brand’s signature models and is aimed at the most passionate collectors and connoisseurs of Ferrari.

The novel car promises unparalleled driving pleasure thanks to its many uncompromising engineering solutions.

The most striking feature of this car is the latest evolution of Maranello’s legendary 65° V12 engine, which reaches the highest output of any Ferrari road-car engine. Besides, it was created with state-of-the-art materials and included a new valve timing mechanism and a new exhaust system.

Other distinctive features are its overall weight, which was significantly reduced compared to the predecessor model, and the adoption of independent four-wheel steering.

Finally, the brand’s new vehicle debuts version 7.0 of the Side Slip Control vehicle dynamics system and comes with a renewed design that shows the strong personality that differentiates it from the rest.

All the elements of the New Ferrari Limited-Edition v12 converge to reflect the racing spirit and modernity that characterize its manufacturer.