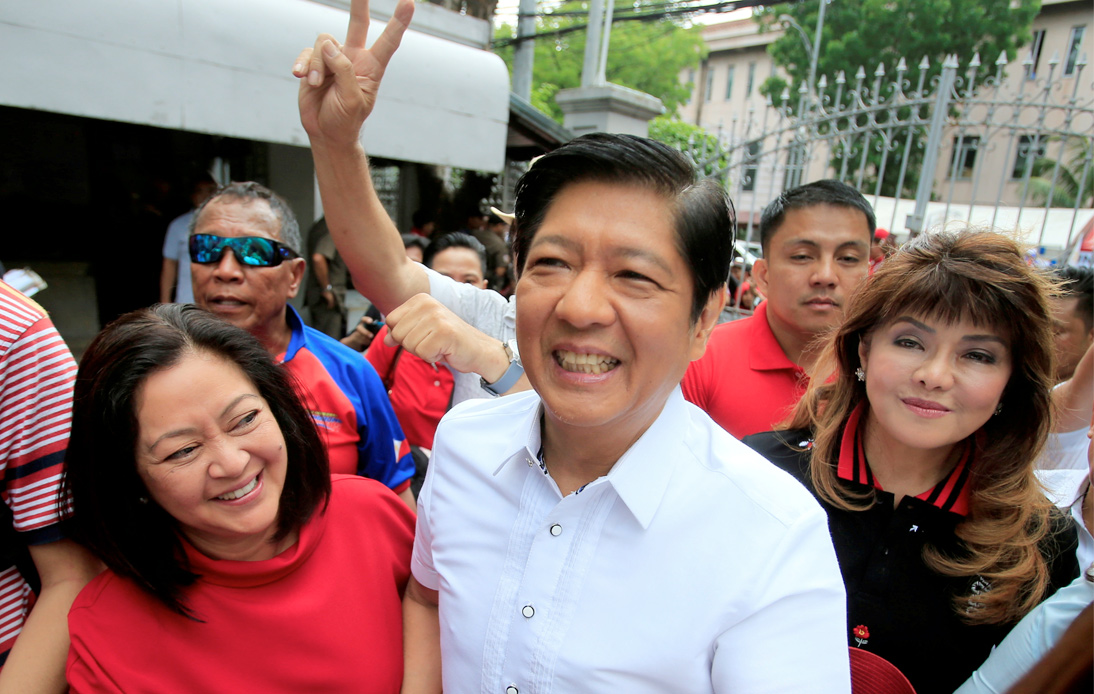 The son of the Philippines’ former dictator Ferdinand Marcos confirmed that he would run for president next year.

Through a video shared on Facebook, Ferdinand Marcos Jr announced his candidacy for the presidency in the 2022 elections, promising to bring “unifying leadership back to our country.”

The 64-year-old man, popularly known as Bongbong, has defended the controversial drug war by President Rodrigo Duterte, his ally. He has also supported the death penalty for traffickers.

“Let us bring Filipinos back to one another in service of our country, facing the crisis and the challenges of the future together,” Marcos Jr said in a video broadcast on Facebook after declaring his candidacy.

His father, Ferdinand Marcos, was toppled by an army-backed uprising of “people’s power” in 1986, after ruling the Philippines for two decades.

He took dictatorial power a year before his second term expired, in 1972, declaring the country under martial law.

Marcos Sr padlocked the congress and ordered his political rivals’ arrest to govern by decree during a period characterized by widespread extrajudicial executions and torture of opponents.

Marcos Jr is the only son of the former president, who died during exile in Hawaii in 1989. He had become a long-term politician, having served as a senator from 2010 to 2016, when he ran for vice president, narrowly losing to Leni Robredo.

Moreover, he is the latest politician to join a growing contenders’ field seeking to replace President Duterte, who is banned from running for another term. The world-famous boxer Manny Pacquiao and the Manila mayor Francisco Domagoso have confirmed their candidacy for the highest office.

As Marcos’s family retains support from their traditional stronghold of Ilocos Norte and his relatives occupy prominent political positions, Marcos Jr. has gained popularity among many young people.

A recent poll conducted by PulseAsia Research on voter preferences showed him to be in second place, only below Duterte’s daughter Sara, who has denied claims that she would run for president.

However, Marcos Jr. has been accused of trying to whitewash his father’s regime since he often cites the country’s economic growth during his dictatorship, minimizing human rights abuses. His family also faces accusations of bloody repression and corruption.

Besides, the now-official candidate claims that he was “too young” to take responsibility for the crimes committed under his father’s regime despite being appointed governor of their home province from 1983 to 1986.