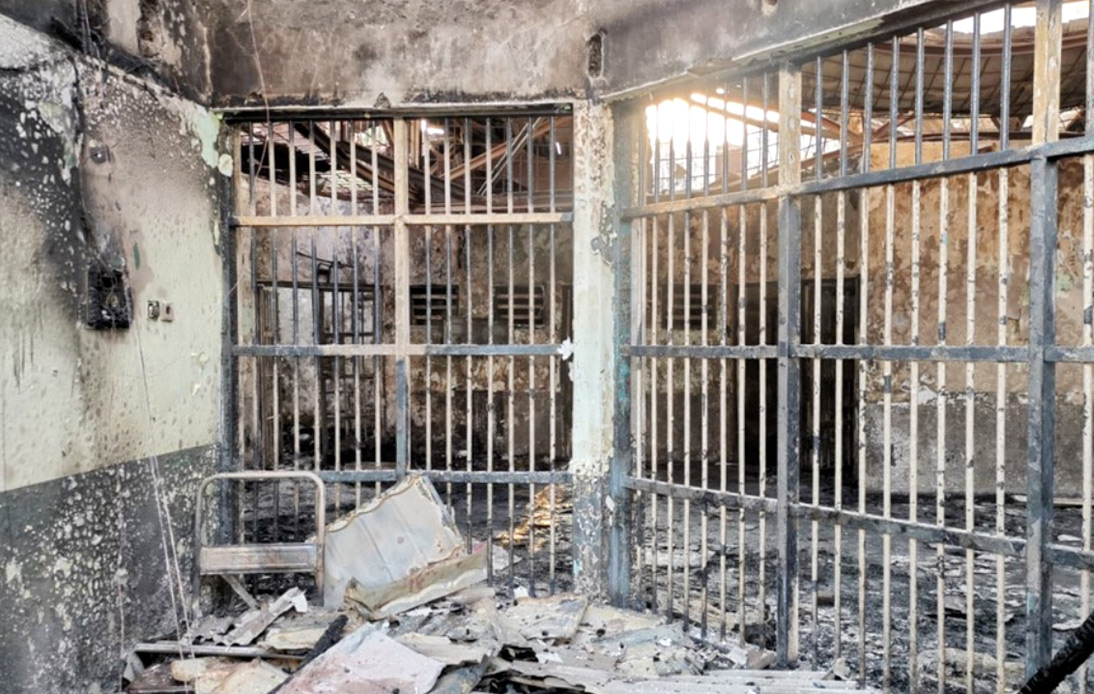 While most of the inmates slept, a fire raged through Tangerang Prison. In the worst-hit block C, with a capacity for 40 people, there were 122 prisoners housed when the blaze broke out.

Guards opened some cells to let inmates escape the fire, but they had to leave when it swept through the building.

“The fire spread quickly, and there was no time to open some cells… When the guards found out, the fire had already spread, and that’s where we found the victims,” Indonesia’s Minister of Law and Human Rights Yasonna Laoly said.

Two foreigners, a Portuguese and a South African, were among the victims, Indonesian media reported.

According to Mr. Yasonna, each country’s embassy had been informed about the fatal accident.

During a press conference, he said eighteen other people had been injured, with eight seriously hurt.

In images broadcast on national television channels, thick smoke could be seen rising from the prison complex as the fire burned. Indonesian authorities stated that the fire started at around 1:45 a.m. local time and was not put out until just over an hour later.

An electrical short-circuit is thought to have caused the fire, but it has yet to be confirmed, Mr. Yasonna explained. The jail’s electrical circuit has not been updated since it was built in 1972.

Local media said only 15 guards were on duty at Tangerang Prison when the fire occurred.

One of the victims was reported to have been convicted of murder, and another one was serving a jail sentence after being charged with terrorism. The rest were held drug-related offenses.

Citing Dr. Hilwani from Tangerang General Hospital, Reuters news agency reported that some bodies were badly burned, adding that they could not even be identified.