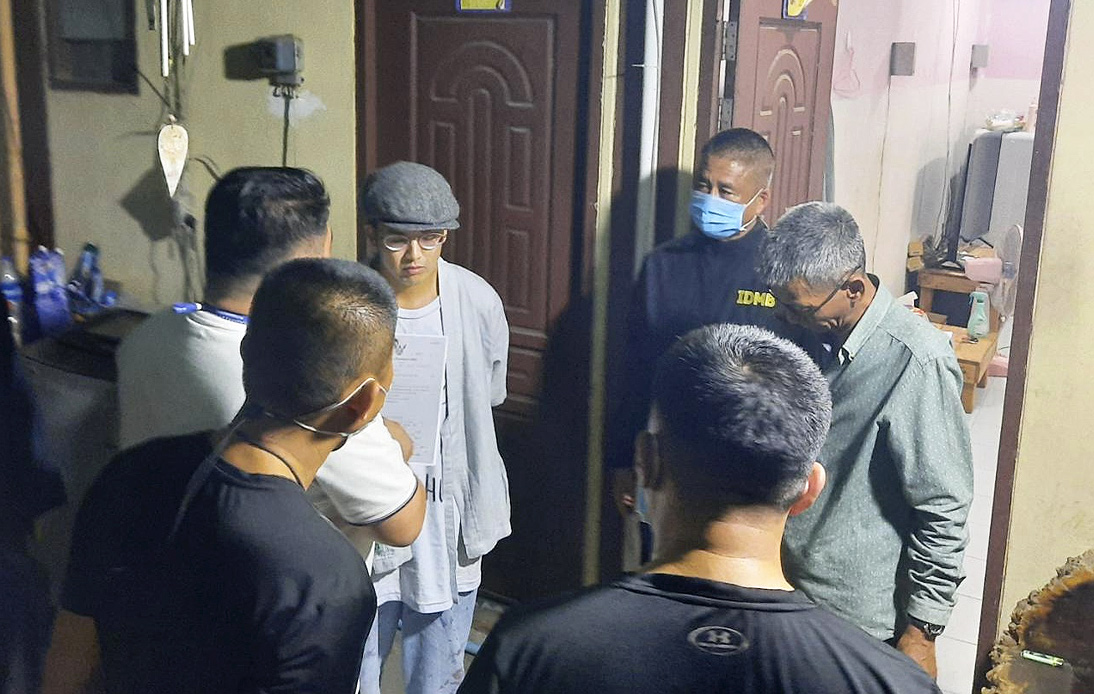 Singer Chai-amorn Kaewwiboonpan, also known as Ammy The Bottom Blues, was arrested by police in Ayutthaya province on Wednesday morning after allegedly setting fire to a portrait of the king.

Police denied reports of the singer’s arrest on Tuesday.

However, Pol Maj Gen Piya Tawichai, deputy commissioner of the Metropolitan Police Bureau, later said that Chai-amorn was detained in a rented room shortly after midnight.

The singer requested to be transferred to a hospital, citing illness.

In response, Pol Maj Gen Piya Tawichai said that the police were taking Chai-amorn Kaewwiboonpan to a hospital in Bangkok. Later, it was known that he had suffered an injury to his left shoulder and hip.

After a video of the incident went viral on social media, the deputy commissioner said authorities would also take legal action against other people.

Bangkok Police Chief Pol Lt Gen Pakapong Pongpetra told reporters on Wednesday that the singer had previously suffered an injury to his left shoulder and hip. Hence, police took him to Rajthanee Hospital, where he received initial treatment.

Subsequently, he was transferred to the General Police Hospital in Bangkok.

He stated that the police had witnesses and forensic evidence accusing Chai-amorn of participating in the burning of the king’s portrait, even though he had not admitted the crime. Pol Lt Gen Pakapong added that the singer was not the only suspect in the case arrested so far.

Meanwhile, the Criminal Court issued arrest warrants for other people on Tuesday.

The suspects have been charged over the burning of a portrait of the Majesty the King in front of the Klongprem Central Prison in Bangkok early Sunday morning. Chai-amorn and two other defendants face charges of arson, arson, royal insult, and computer crime.

Chai-amorn and the other suspects could face charges that include five to 20 years in prison, life in prison, or death for arson. They could also be punished with 3-15 years for royal insult and five years each for trespassing into a state office and computer crimes.