Police Are Not Convinced By Tangmo Drowning Witnesses 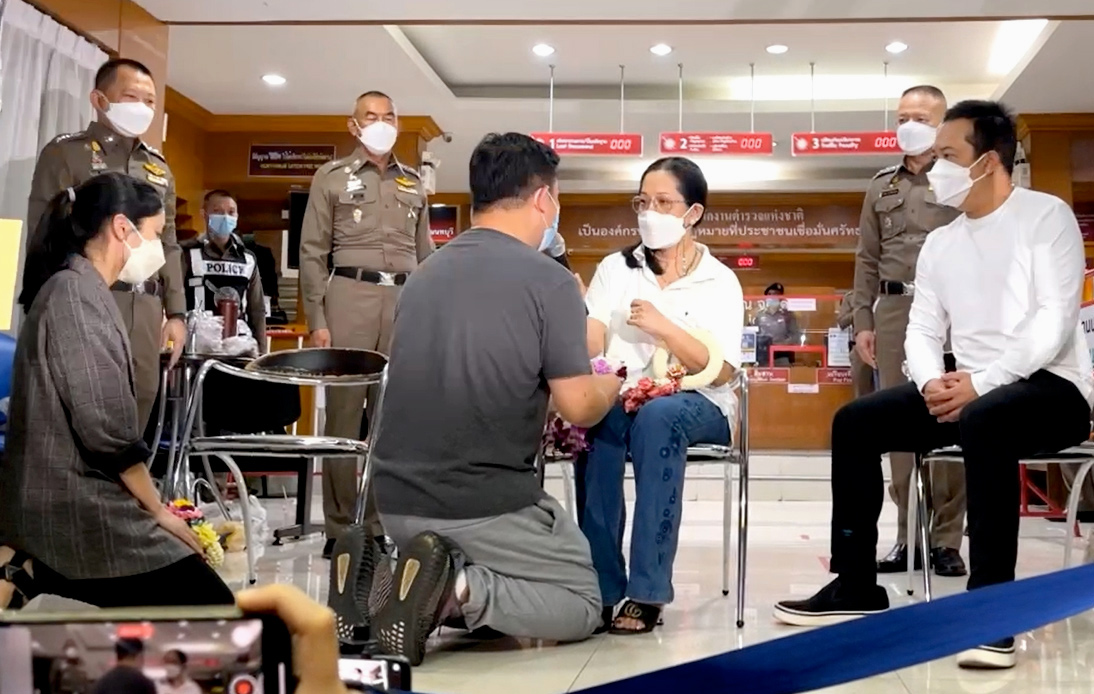 Pol Lt Gen Jirapat Phumjit, commander of Provincial Police Region 1, said on Tuesday that testimonies offered by the five people on the speedboat with TV star Nida “Tangmo” Patcharaveerapong when she fell overboard to her death are not convincing.

“The cause of death is found at this point to be drowning. To determine what actually caused her to fall into the river, whether it was herself or someone else, will take time.

“As for the statements given by the five people in the boat, police are not totally convinced,” he commented.

When she fell in the water on Thursday night, it was reported that the actress reportedly moved to the rear of the boat to relieve herself. On Saturday afternoon, her corpse was discovered.

The boat owner, Mr Tanupat, and the driver, Mr Phaiboon, were charged with operating an unlicensed watercraft, and negligence resulting in death.

The group of five were summoned to undergo physical tests on Tuesday.

Mr Nitas, in particular, was discovered with scratches and bruises during a media interview on Monday, according to Pol Lt Gen Jirapat.

He said that they must submit the garments they wore on the boat excursion for examination.

According to a doctor who spoke at the police news conference on Tuesday, only Mr Nitas was determined to have scratch marks and bruises.

The scratches, however, were not inflicted by a person’s nails or caused by fighting, the doctor said, who went on to explain that they were roughly five days to a week old.

To help further the investigation, police have initiated a five-day reenactment of the incident, in which they aim to take each of the five people one at a time on an identical speedboat to attempt to figure out what caused the actress to fall overboard.

Pol Lt Gen Jirapat stated that the purpose of the recreation is to uncover any contradictions in the claims made by the five persons.

The reenactment will last five nights since the investigators want to conduct it around the time of the catastrophe, with only one witness on board each night.

The statements of four witnesses who were fishing in the river will be considered, Pol Lt Gen Jirapat confirmed.