Police Come Under Fire For Actions During Sunday’s Violent Riot 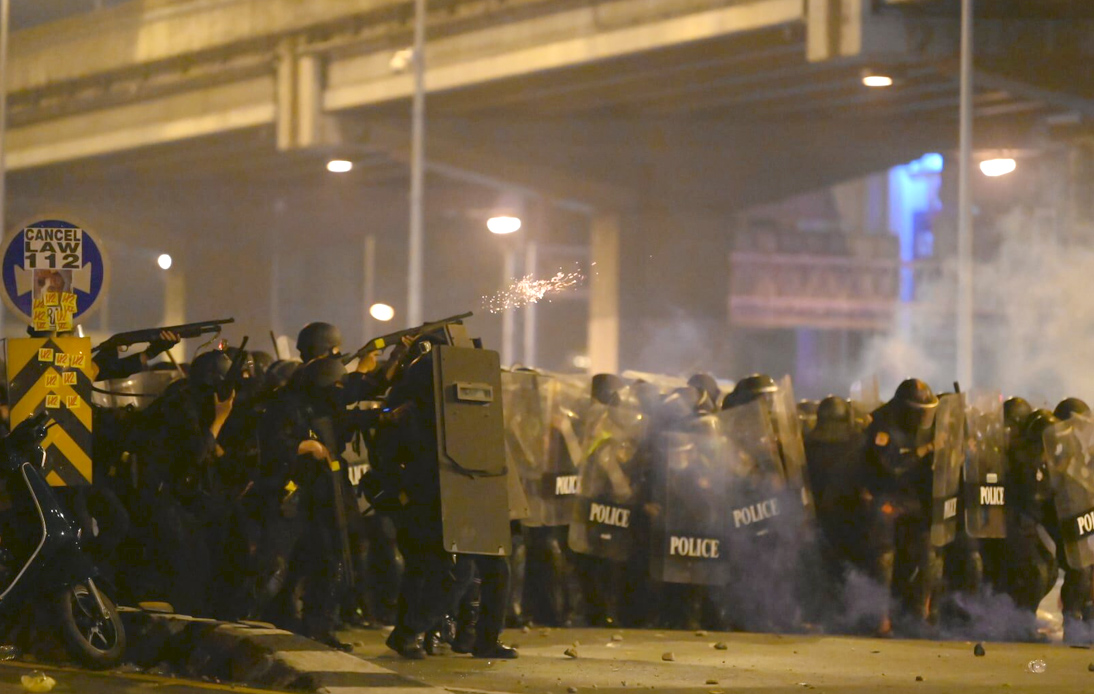 It happened after riot police from the Metropolitan Police Bureau (MPB) began using water cannons and tear gas to prevent attendees from reaching the prime minister’s residence at the barracks.

Reports showed that the cops also fired rubber bullets at the protesters.

Soon after, MPB Commissioner Pol Lt Gen Phukphong Phongpetra admitted that they used rubber bullets to quell the violence before the situation got out of control. Besides, Gen Prayut justified the police response.

He said that the protesters had advanced towards the police and restricted areas, attacking the police officers.

“I insist the crowd-control measures were in accordance with international standards and police did not violate the protesters’ rights,” Gen Prayut said, criticizing the media for allegedly spreading unbalanced reports on clashes between police and demonstrators.

He accused media outlets of only carrying reports on the use of police force against protesters.

In the said demonstration, 23 policemen and ten protesters were injured. Pol Capt Wiwat Sinprasert, a police officer from the Thammasala Police Station, died of a heart attack while on duty.

General Prayut also expressed his sympathy for the police officers who ended up injured after being told to act with restraint in the face of violence.

Restart Democracy (REDEM) was the organizer of Sunday’s rally, where the police detained 22 protesters. REDEM is linked to the Free Youth group, known for having demonstrated against the government and demanding the monarchy’s reform.

He said the police were willing to arrest those who physically assaulted the officers, noting that Sunday’s protest was different from previous demonstrations in that some protesters began by attacking police.

“We’ve discussed it several times that we will enforce the laws where necessary. If the protesters didn’t harm officers or destroy barriers, we wouldn’t have had to act. And the protesters, they were unable to control each other,” he said.

According to Pol Lt Gen Phukphong, some protesters demonstrated in front of the Din Daeng and Suthisarn police stations and set fire to police cars.