Protesters Gathered at the Democracy Monument in Bangkok 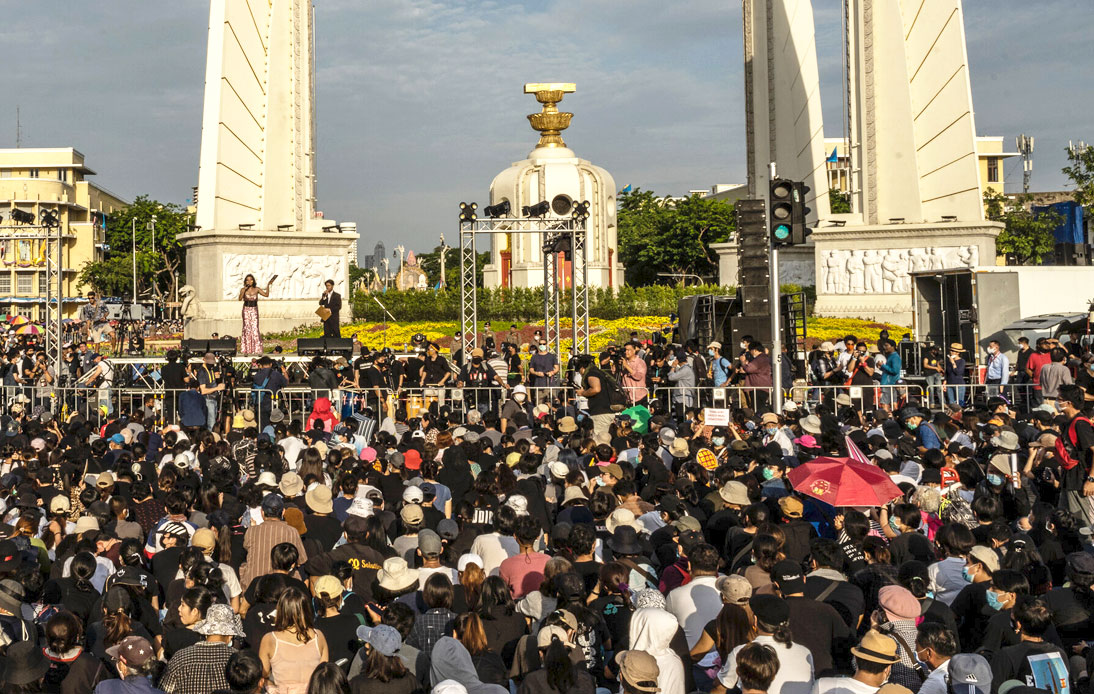 Everything was normal, despite the high tension throughout the night. Most of the attendees had peacefully dispersed and announced another rally next Saturday.

However, the situation turned violent when a small group of protesters and the police clashed.

A video that went viral on the internet showed riot police officers chasing a man wearing something similar to a yellow volunteer medical vest. An officer hit the man with a truncheon as he fell to the ground, but his condition was unknown.

In the said video, numerous loud noises that seemed to come from homemade explosive devices and firecrackers were also heard.

Later, the police said that at least 20 officers had been injured in the clash. Moreover, according to reports, seven protesters were arrested and taken to Chana Songkhram station.

Saturday’s confrontation came shortly after an earlier fight between protesters and police at the City Pillar Shrine.

The protesters had walked to the scene after meeting at the Democracy Monument during the afternoon. According to eyewitnesses, when the demonstration turned violent, they threw bottles at each other, and a large amount of smoke filled the air due to the fireworks.

The group included a journalist who was allegedly hit by a smoke grenade, although it was not known who launched the projectile.

Riot police formed a barrier near Sanam Luang. Besides, two water cannons were transferred to the area, but they were not used.

The demonstration began at 3:00 p.m. at the Democracy Monument and was organized to demand the abolition of the royal defamation law and the release of four key members of the pro-democracy movement.

Activist Panupong “Mike” Jadnok, a key member of the Ratsadon group, said he wouldn’t back down if police tried to break up the rally.

However, Pol Col Thotsaphol Ampaipipatkul, head of the Samran Rat police station, asked them through loudspeakers to stop as the meeting violated the secrecy of emergency and measures against COVID-19. The protesters responded with boos and banging on pots and pans.

Despite being surrounded by hundreds of police, including a bomb squad, the protesters removed hundreds of flowerpots that the City Council had carefully placed at the site to allegedly prevent demonstrations there.

They also formed the number “122” with some pots and coconut shells – the latter symbolizes a lack of perspective among conservatives who are satisfied with the status quo.

Another of their activities consisted of creating a 12 “x 12” red banner for participants to write their thoughts on the government and the country. They then raised the banner and wrapped it around the monument.