Smog Returns to Bangkok and Could Last Until February 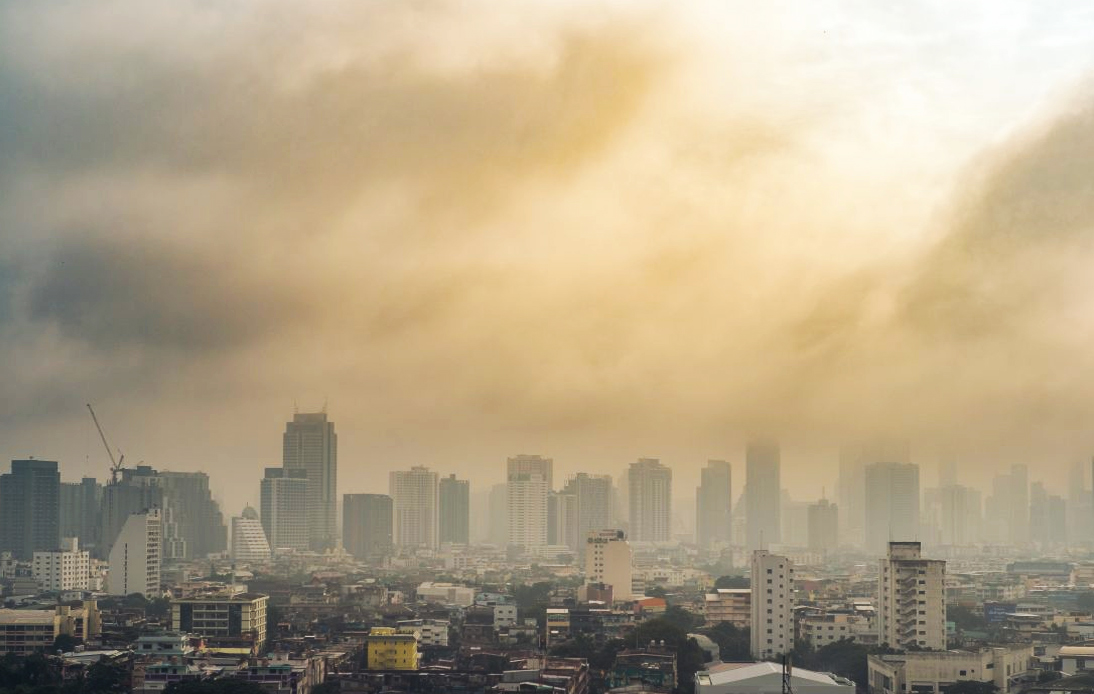 Smog season returns to Bangkok for another year in a row and is expected to last until February of the following year, so the authorities have banned outdoor burning for now and are recommending people who work on the streets to wear masks.

Besides, the City Hall has started spraying water on the streets, and the suspension of work on large construction sites was ordered.

Pongsakorn Kwanmuang, a spokesman for the Bangkok Metropolitan Administration, said PM2.5 levels averaged 74.6 mcg/cm in Bangkok on Tuesday. The safe level established in Thailand is 50 mcg/cm, which is higher than in most countries.

He also said that smog conditions could prevail in the country’s capital until February.

The Pollution Control Department reported Bangkok’s highest PM2.5 level of 118 mcg/cm on Din Daeng Road in Din Daeng District, followed by 102 on Charoen Nakhon Road in Khlong San District, 100 on Ma Charoen Road in the Nong Khaem district, and 94 on Srinakarin Road in the Prawet district and the Tha Phra intersection in the Bangkok Yai district.

At Sam Sen Road in the Phra Nakhon district, 93 mcg/cm was recorded.

He also said that outdoor burning was strictly banned in and around Bangkok until Thursday. Moreover, Nattapol Nattasomboon, director-general of the Meteorological Department, said that the air over the city would remain stagnant for another day or two, as would the smog.

The air is expected to improve gradually.

The deputy director-general of the Health Department, Danai Teewanda, said that the morning assembly of schools should be held between 10 and 15 minutes to limit the negative impact of smog on students’ health.

He also said that vendors, taxi motorcyclists, and other people working on the streets were at high risk and should wear face masks.