Mayor of Seoul Found Dead After Apologising to ‘Everyone’ 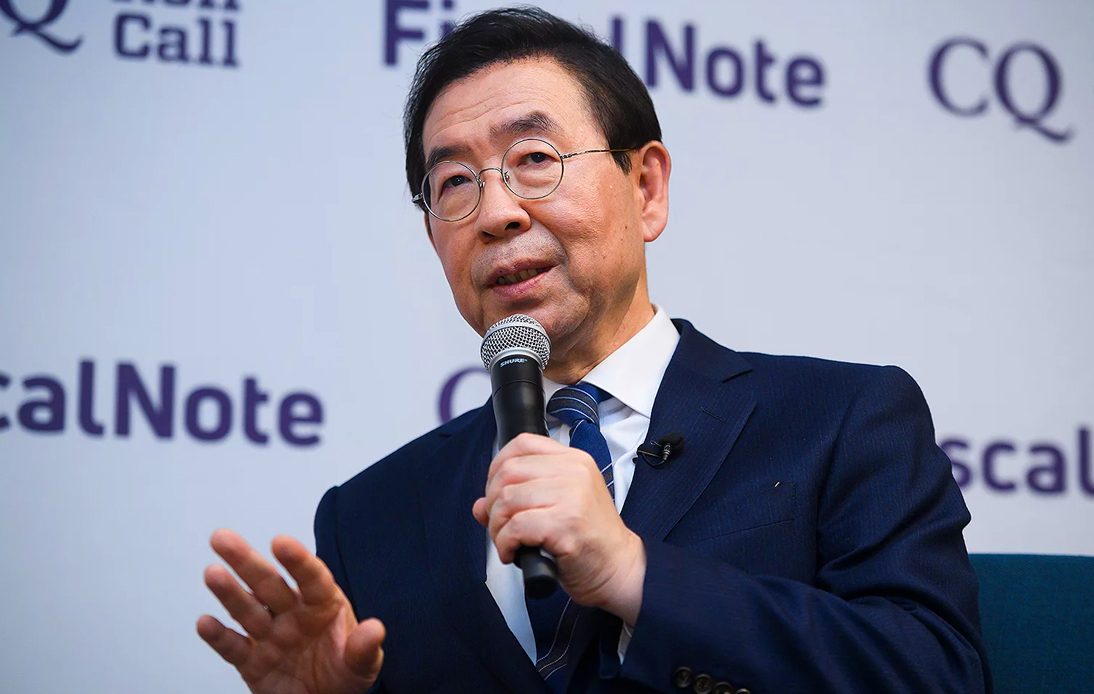 Mr Park Won-soon, a three-time Mayor of Seoul, has sadly passed away. It appears that he died by suicide on Friday. According to reports, his daughter has informed the police that the message he left before leaving the house left her panic-stricken.

A note which seems to have been written by Mr Park has been released later and reads: “I’m sorry to everyone. I thank everyone who has been with me in my life.”

The renowned political figure’s body was found at Mount Bugak in northern Seoul. The police traced his body using his phone signal, which was last detected near the entrance to a woody region. The police reached there and the CCTV footage in the area placed him there as well.

Over 600 police personnel and fire officers examined the region for several hours on Thursday, using dogs and drones.

While the cause of death has not been announced, the police are investigating the case with the angle of suicide.

Interestingly, just a few hours before Mr Park went missing, a female employee filed a sexual harassment case against him. On Thursday, he is also reported to have canceled a meeting with a member from the president’s office at his Seoul City Hall office and did not come to work that day.

After unconfirmed news that M. Park’s body was brought to Seoul National University hospital spread like a wildfire on Thursday night, many of his followers gathered outside the hospital.

Mr Park was first elected as a Mayor in 2011 and continued to win the elections for the next two terms. He was elected for his last term just a year ago.

According to sources, Mr Park was under the consideration to run as a presidential candidate in the elections scheduled to be held in 2022, to contest from the liberal Democratic Party.