Oil Spill in Mauritius Deemed to Be an Environmental Crisis 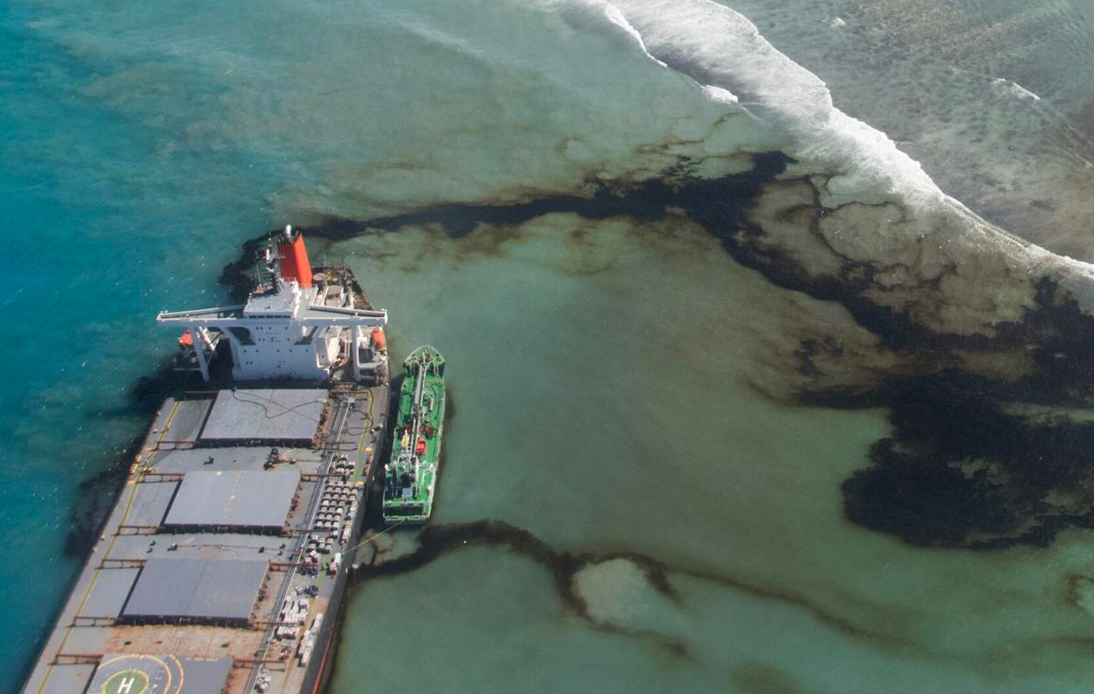 The popular blue lagoons of Mauritius witnessed an oil spill this week, which has now been deemed an environmental crisis. The country largely depends on its waters for both fishing and to attract tourists.

About two weeks ago, a Japanese-owned and Panama-flagged bulk carrier Wakashio became grounded off the island’s southeastern coast and on Thursday, a crack was spotted on its hull.

It was on its way from China to Brazil when it was grounded about a mile away from the shore of the small country. While the crew was rescued, the ship was in the sea, surrounded by a 550-yard-long fence and several booms. Initially, they claimed that there was no spill.

However, on Thursday, the environment ministry issued a statement that a leak has been found. Several pictures surfaced on social media, demonstrating the oil spill.

The oil has reached nearby lagoons, which prompted the Mauritian environment minister, Kavydass Ramano, to call it an unprecedented environmental crisis.

“This is the first time that we are faced with a catastrophe of this kind and we are insufficiently equipped to handle this problem,” said Sudheer Maudhoo, the fishing minister.

Thousands of species living in the lagoons now face a threat.

Happy Khambule, a senior climate and energy campaign manager at Greenpeace, said thousands of species in the lagoons were at risk.

“Once again we see the risks in oil,” Happy Khambule, a senior climate and energy campaign manager at Greenpeace, had said. He said that oils are “aggravating the climate crisis, as well as devastating oceans and biodiversity and threatening local livelihoods around some of Africa’s most precious lagoons.”

More than 400 booms are being used to stop the spill from expanding. Moreover, a team of 11 people tried to stabilize the ship, but as the cracks were assessed to be quite dangerous, they were called back.

Fishermen were asked to evacuate and people have been ordered to not visit the beaches and lagoons of Blue Bay, Pointe d’Esny and Mahebourg since the spill is still spreading.

Several schools in the coastal areas have been shut down and are scheduled to open early next week.

The owner of the ship, Nagashiki Shipping, explained that bad weather coupled with continuous pounding caused a crack in the hull. In a statement, it also vowed “to protect the marine environment and prevent further pollution.”

However, no statement has been issued explaining if the company plans on paying for the cleanup or if it will offer compensation.