Storm Alex Causes Floods and Landslides in France and Italy 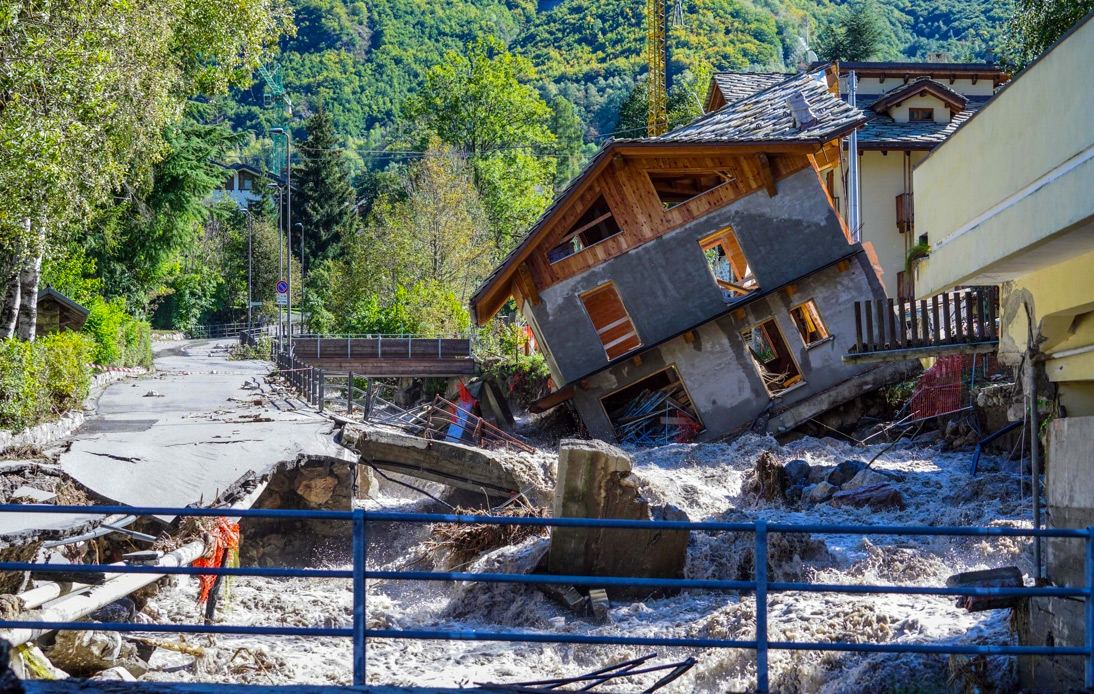 Storm Alex has wreaked havoc in France and Italy, where buildings, roads, and bridges have been washed away by raging floodwaters.

This storm, called Alex, brought strong winds with torrential rains that have hit hard the territory.

So far, at least two people have died, and around 20 citizens are still missing after the powerful storm reached southeastern France and northwestern Italy.

In northwestern Italy, a section of a bridge over the Sesia River collapsed, which is why they have classified the floods as historic.

Jean Castex, the French Prime Minister, deployed the army and released emergency funds to deal with what the government considers the worst flooding in decades in the southeast of the country.

Unfortunately, Castex reported to the media: “there are very many people of whom we have no news.”

Prefect of the Alpes-Maritimes region, Bernard González, said: “Just because their loved ones haven’t been able to get in touch doesn’t mean that they have been taken by the storm”. He also commented that the prospect of more rain was a concern.

Météo-France, the weather agency, reported that 450mm (17.7 inches) of rain fell in some areas over 24 hours, which is the equivalent of four months at this time of year.

The Southern Alps region was the most affected. They report serious damage in the valleys of Roya, Tinée, Esteron, and Vésubie. The villages of Saint-Martin-Vésubie and Rimplas were cut off, as roads were destroyed.

Besides, winds of more than 190 km/h (112 mph) were recorded in Britanny last Thursday and Friday.

The two fatalities have been in Italy. One of them was a 53-year-old firefighter who died in a rescue operation in Valle d’Aosta. A 36-year-old man whose car was swept into a river in Piedmont also died.

Other Piedmont villages were completely cut off after rains made roads impassable and inaccessible, a situation officials described as critical.

Alberto Cirio, president of Piedmont, said 630mm of rain had fallen in 24 hours. He considered this fact as unheard of since this amount had not been recorded since 1954.

Furthermore, shortly after being reopened, a section of a bridge over the Sesia River in Vercelli province collapsed.

The Red River at Ventimigli overflowed, and the storm also affected the northwestern regions of Lombardy and Liguria.

In Italy, flood warnings remain for sections of the Po River that have expanded 3m in 24 hours.