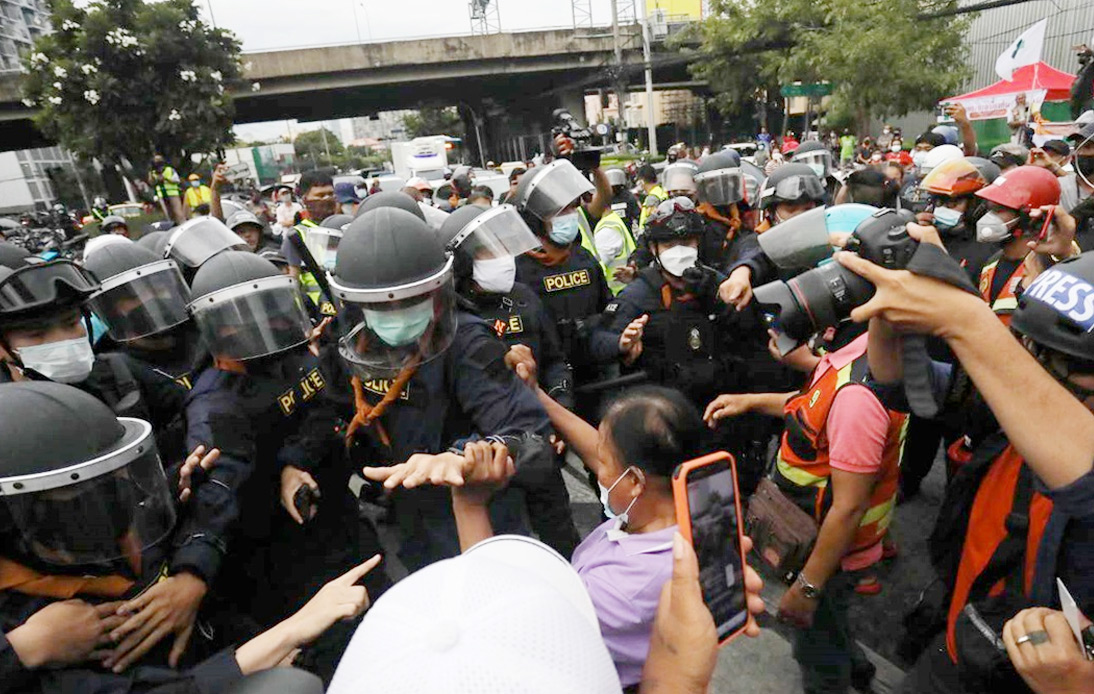 Police made several arrests after they caught a number of protesters spilling paint and littering the area.

Veteran red-shirt protester Nattawut Saikuar led the second protest group in Sukhumvit. A stage was erected for speakers and Asok intersection was blocked from around 4:00pm onwards.

Some protesters left Asok in their vehicles and joined a “car mob” that traveled down Sukhumvit Road through the Phra Khanong intersection, heading to the Bang Na intersection.

The demonstration ended once protesters had returned along the same road, returning to the Asok intersection at around 7:10pm.

The Thalu Fah Group gathered at the Democracy Monument at 4:00pm to hang banners. Their protesters, who reportedly burned some items around the monument, announced the end of the event at 8:00pm.

The fourth and last group, Thalu Gas, met again at the Din Daeng intersection at 5:30pm.

The riot police, who surprised the anti-government group by arriving in six pickup trucks, swooped on protesters to prevent them from hurling missiles at the Royal Thai Army Band Department.

Around 15 protesters were arrested and others injured after a brief clash between officers and motorists, Pol Maj Gen Piya added.

Some demonstrators responded to the police’s surprise tactics with cherry bombs, forcing authorities to retreat on the Vibhavadi Rangsit highway.

Most protests ended before the curfew commenced at 9:00pm so that people had time to return to their homes.