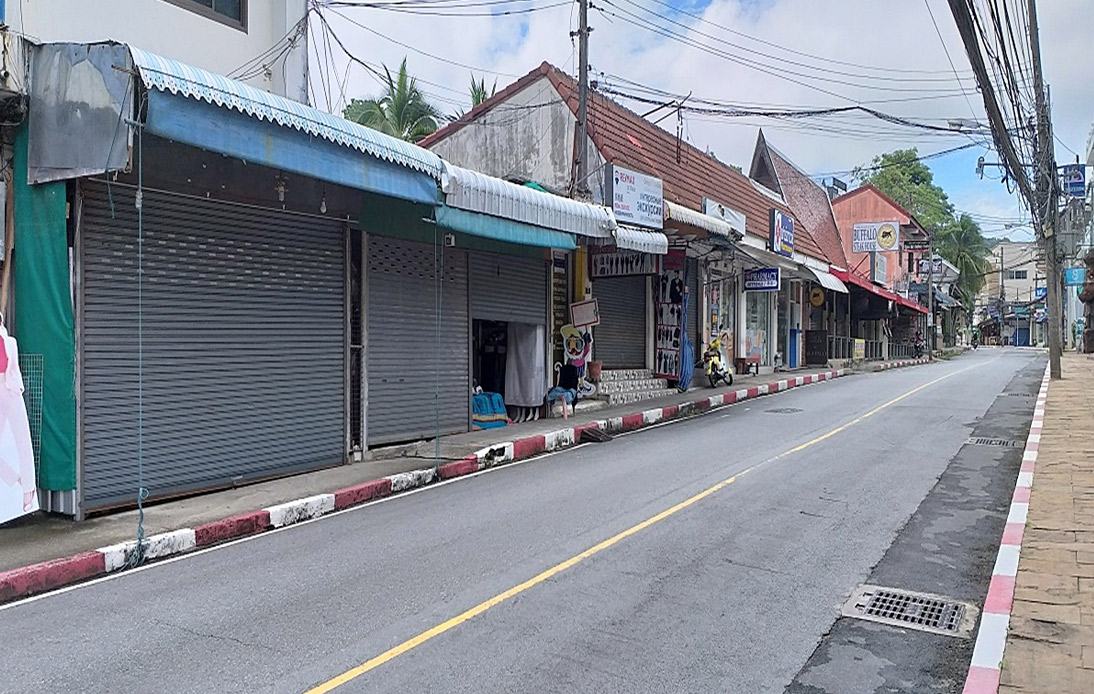 Officials have reported that Phuket’s unemployment rate has risen, causing the average monthly income to drop amid a devastating pandemic that has hit the region’s tourism.

Deputy Prime Minister Jurin Laksanawisit, who is also the Minister of Commerce Meeting, attended a meeting at Phuket Provincial Hall on Saturday.

Mr. Jurin was informed that the average income in Phuket had plummeted to 1,900 baht. He explained that his visit to Phuket aimed at discussing guidelines for economic rehabilitation preparation measures, including plans to develop mass vaccination of the island residents and organize tourist activities in line with the government’s plans to open the country to foreigners.

Since the pandemic began, the number of unemployed people rose to 64,000 and the average income fell to 1,900 baht per month, said the Associate Dean for Research and Graduate Studies at PSU Phuket’s Faculty of Hospitality and Tourism, Chayanon Pucharoen.

In response to the situation, Mr. Jurin said authorities would focus on five key issues.

The first is the central government’s Tiew Thai Tour, a tourism stimulus campaign from April 1 to June 30. Authorities expect it to generate 15.5 billion baht in revenue among tour operators in the country.

“Now the Ministry of Public Health has confirmed that 930,000 doses of the vaccine will be delivered to Phuket so that Phuket can provide comprehensive vaccination for people and related persons,” Mr. Jurin said.

The mass vaccination is expected to be complete by June 30.

The third topic of the meeting was the efforts to promote local tourism activities, such as the Rim Lay seafood festival. The fourth approach was the reduction of living costs to help the unemployed and other vulnerable people.

The fifth point was the government’s budget support to the island to execute tourism promotion activities.

Government officials also expect to launch the “Sandbox” travel plan to revive the island’s tourism sector starting in July. This strategy will allow people who are vaccinated against COVID-19 to travel to specific areas of the country where herd immunity has been achieved.