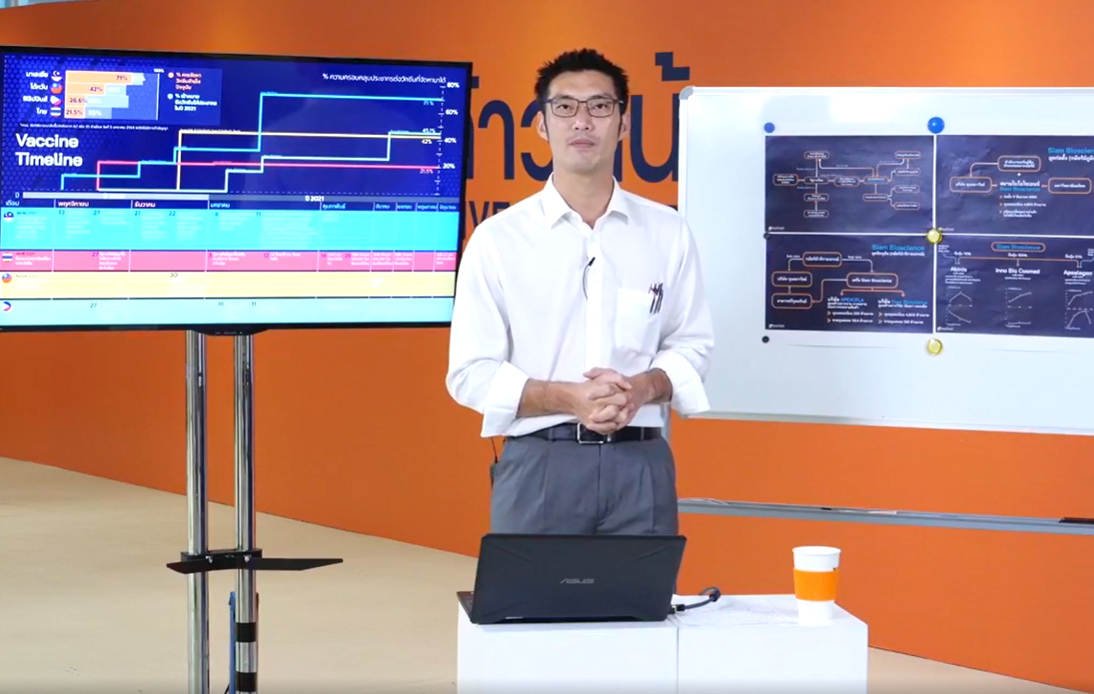 Prime Minister Prayut Chan-o-cha stated he would take action against anyone who spread false information about the COVID-19 vaccination plan that the government has been developing.

After a cabinet meeting via video conference, the prime minister said: “I will order prosecution for anything that is distorted and not factual that gets published, whether in media or on social media. I have to protect the government’s credibility from those who are irresponsible with their remarks.”

Via Facebook Live on Monday, Mr. Thanathorn commented on a topic titled: “Royal Vaccine: Who Benefits and Who Doesn’t?”

He claimed that the government was too slow to get enough vaccines to immunize the population and criticized the authorities for placing their hopes solely on AstraZeneca.

“Thailand pinned its hopes only on AstraZeneca, which allowed local pharmaceutical manufacturer, Siam Bioscience, to produce its vaccine,” he said.

“The government had not held talks with other countries until Jan 3 when it announced it would buy 2 million doses of vaccines from Sinovac, which is a very small quantity – enough for only 1.5% of the population,” he added.

Suporn Atthawong, the vice-minister to the Prime Minister’s Office, said that a legal team would investigate whether Mr. Thanathorn published false information against the prime minister and the government.

The legal team would also look into whether Mr. Thanathorn’s comments violated Section 112 of the Penal Code or the lese majesty law, he said.

Meanwhile, Dr. Nakorn Premsri, director of the National Vaccine Institute, responded to Mr. Thanathorn’s comments saying that the government and its partners had looked ahead while making plans to get the vaccine for Thais.

He explained that Bioscience invited AstraZeneca to visit its plant to see if it met the criteria required to produce 200 million doses per year. The government approved 600 million baht to upgrade its facilities.

Many countries asked AstraZeneca for the rights to produce the COVID-19 vaccine. Still, the British-Swedish company chose Siam Bioscience as its partner because it trusts Siam Bioscience, adding that the contract was signed on a non-profit basis.