Police Deny They Fled Scene After Protester Hit by Truck 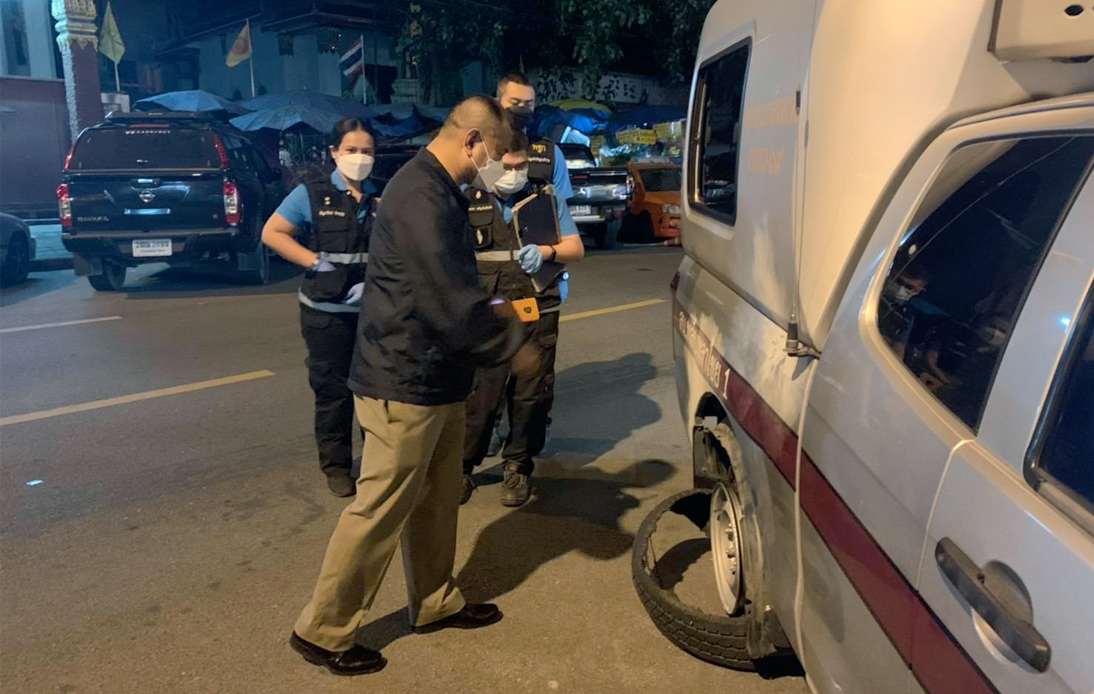 The Bangkok Metropolitan Police Bureau (MPB) denied allegations that a police truck had fled after hitting a Talu Gas demonstrator during the Sunday protest at Din Daeng intersection.

MPB Commissioner Pol Lt-Gen Pakapong Phongpetra said at a press conference on Monday that the alleged hit-and-run incident occurred around midnight on Sunday.

He explained that a police van, which was driven by a police lance corporal, was heading back to the police station when around seven protesters suddenly dashed onto the road. The officer driving the vehicle was forced to brake, accidentally hitting one of them, Pol Lt-Gen Pakapong went on.

Later, the police officer stated that the victim had managed to get up and flee, adding that he sped away in the police truck shortly after for fear of being attacked.

Pol Lt-Gen Pakapong denied reports that the driver deliberately crashed the truck into the protesters’ groups, claiming it was not a hit-and-run incident.

According to Pol Lt-Gen Pakapong, officers tried to maintain peace and order at the intersection, where the Talu Gas group and the police have clashed for the past few weeks. They reportedly set up roadblocks to control passing cars and motorcycles.

However, he said the protesters had become more violent as the security forces did their best to avoid a confrontation and enforce the currently imposed nighttime curfew.

Some protesters reportedly burned tires outside the Thai-Japanese sports stadium and blocked traffic in the Din Daeng underpass with scattered spikes.