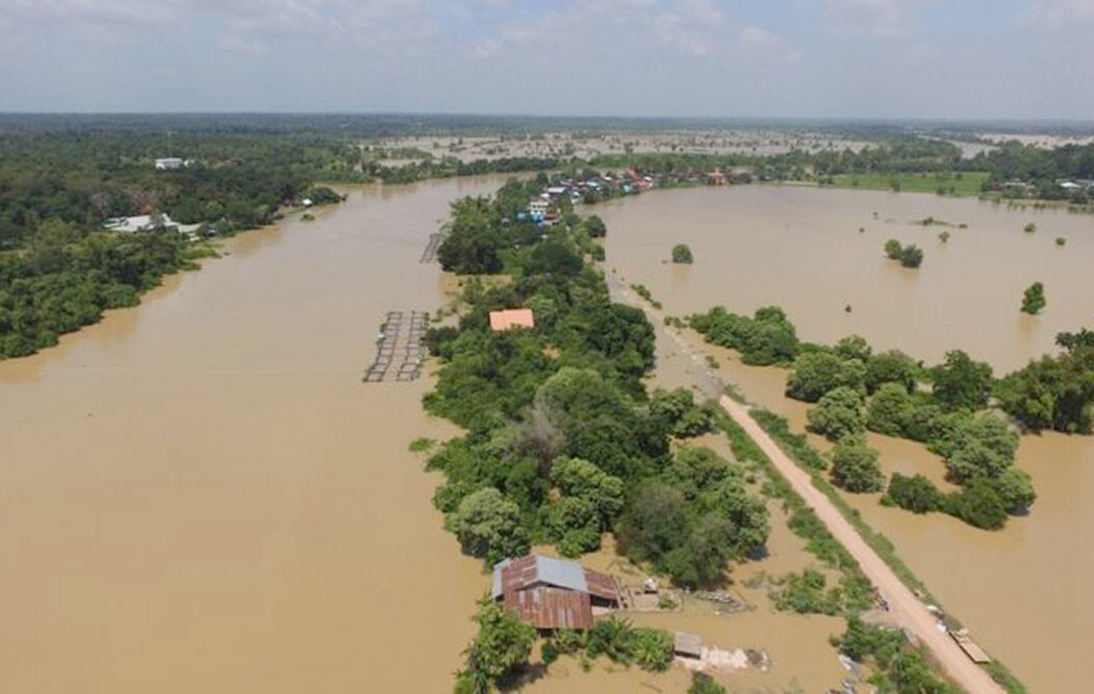 Local media reported that some residents had built sand barriers as a precaution, but the water levels rose fast, flowed over the barriers and spilled into houses.

Around 300 homes in the Wat Tuek community were affected. Moreover, houses in Wat Salalee and Wat Kang Kang in Bang Pai sub-district have been hit by floods.

Meanwhile, authorities in Bangkok’s Dusit district reported that flood walls at the end of Samsen Soi 23, near the Chao Phraya river, had developed cracks on Saturday night, allowing water to leak into the riverside community.

Workers at the district office took about two hours to repair the leaks.

According to district director Thanin Niamhom, flood walls are over two meters high. Officials had been closely monitoring the river’s water levels and have prepared to deal with a any situation, he said.

Meanwhile, Bangkok Governor Aswin Kwanmuang and other officials took a boat from the Rama 7 pier to Bang Kor Laem district to inspect the flood walls on Sunday.

Moreover, in the northeastern Nakhon Ratchasima province, authorities advised people in some districts to move their valuables to higher ground. The warning was issued for residents of Pratai, Kong, Pimai, Non Daeng and Muang Yan districts.

In the Kong district, a 5-km-stretch of the Friendship Highway was flooded with 30 cm of water, making it difficult for small vehicles to pass. Motorists had been advised to take alternative routes.

Those expecting to reach Khon Kaen province should turn right toward Pimai district and drive around 35 km before turning onto Sida district’s Friendship Highway.

In the central province of Ang Thong, residents of the Muang district’s Ban Ror community have built a two-meter-high barrier amid fears about an incident similar to the 2011 Big Flood.