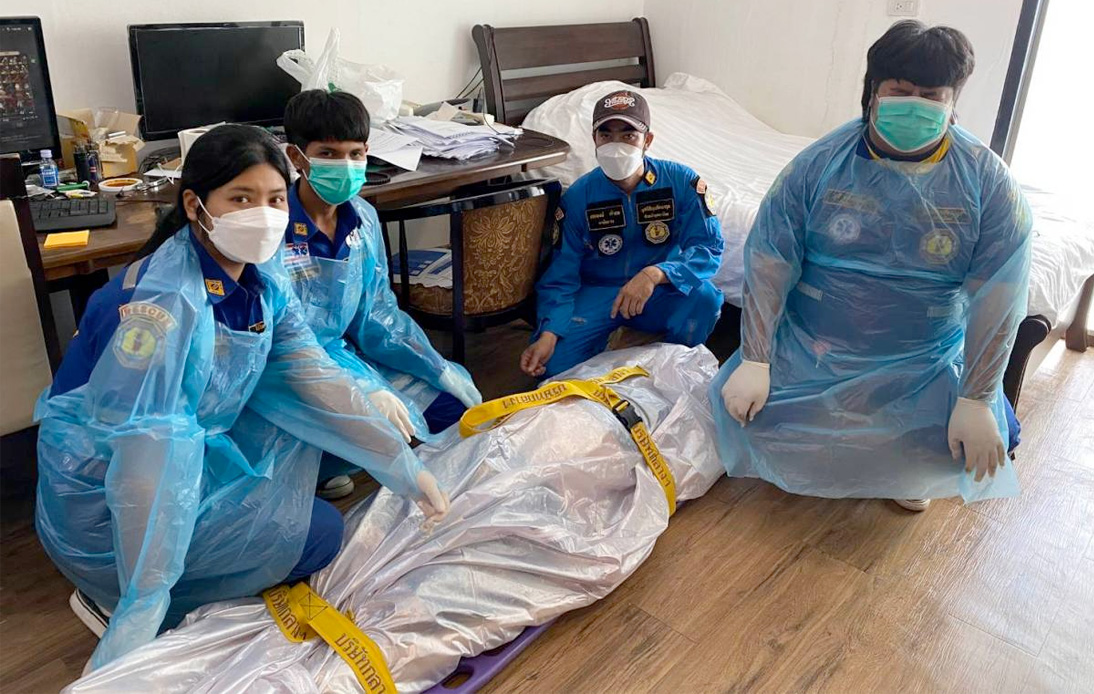 Tha Muang police station’s deputy chief Pol Col Sumit Boonyanit, said they received the report around 08:45 a.m. Local police officers responded to the emergency call and went to the complex in Tambon Tha Lor, along with a doctor, an interpreter, tourist police, and rescue teams.

The man was later identified as Kim Kyoung Cheon, a hotel executive.

According to police reports, no traces of a struggle were found at the scene. But Mr. Kim’s sister, Saron Jeon, said that he had recently received a second Covid-19 vaccine dose and had complained of fever and arm weakness.

The hotel’s housekeeper Chalao Runkasem, who was with the deceased’s sister when the police arrived, told officers that she had knocked on the office door when performing her cleaning duties but got no response.

Mrs. Chalao then opened the door and found the man lying on the floor. The Thai Post reported that she ran to tell Mr. Kim’s sister and other relatives after checking the body and realizing he was not breathing.

The deceased’s relatives immediately called 191 to alert the police. A doctor determined that Mr. Kim had been dead for six to eight hours when his body was found.

Police officials said no injuries were found on the man’s body, and no traces of a struggle were discovered in the room.

Ms. Saron told authorities that her brother was healthy and had received his first Moderna Covid-19 jab in early January. However, he complained that his left arm was weak after receiving a second dose of the same vaccine last week.

After Mr. Kim’s sister’s statements, a doctor performed an antigen test for Covid-19 on the body, but the result was negative. The Somdet Phra Sangaraja 19 Hospital in Tha Muang District is expected to carry out a further examination.

Medical experts have not concluded Mr. Kim’s cause of death, but his body has been taken to Bangkok Police General Hospital for post-mortem proceedings. The coroner’s report will determine if his death was related to the vaccination or due to an underlying health condition.