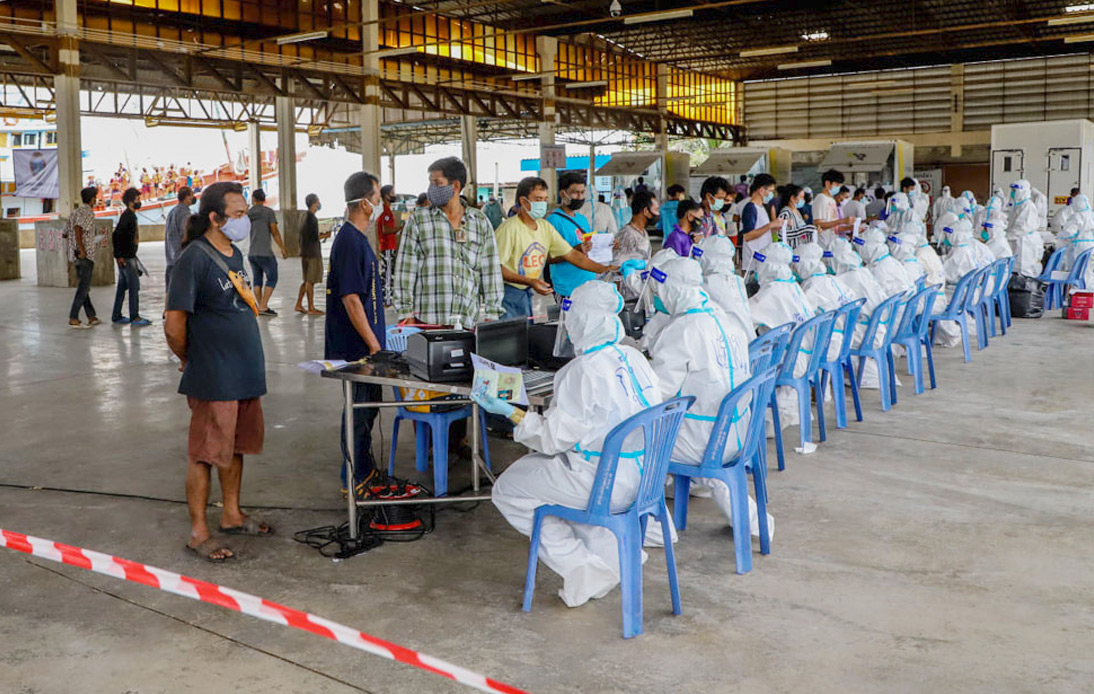 On Sunday, Thai authorities reported they had found 374 more COVID-19 and no new deaths. These figures brought the total coronavirus infections confirmed to date to 12,504, and the death toll remained at 60.

Of the daily total, 321 cases were found by active case finding.

The said number included 311 foreign nationals, and most of them were in Samut Sakhon. Besides, the normal health system identified 43 local transmissions, and 10 new patients were arrivals.

According to the Center for COVID-19 Situation Administration (CCSA), the 43 new local infections were found in Samut Sakhon (24), Bangkok (10), Ang Thong (2), Khon Kaen (2), Nonthaburi (2), and one each from Suphan Buri, Ayutthaya, and Tak.

The number of provinces with COVID-19 cases also rose after the new infections were reported on Sunday. Through active testing, officials found the first three new cases in Phatthalung.

Only 16 provinces have not recorded coronavirus infections yet.

The CCSA said that the cases in Phatthalung were one Lao worker and two laborers from Myanmar. There were receiving treatment in Bang Kaeo Hospital in Bang Kaeo district, it added.

Authorities started tracing their last movements to identify those who may have been in contact with them and could be now infected, Dr. Taweesilp explained. He also said that more cases could appear as public health authorities carry out more tests in factories located in several provinces.

The estimated number of illegal migrant workers is 50,000.

Dr. Taweesilp said that unregistered migrant laborers could potentially spread the virus if they avoid testing for fear of facing legal action.

“As most of them are young, they could be infected without showing symptoms and spread the virus to others,” he added.

The CCSA spokesman urged them to register with the Labor Ministry’s Employment Department or ask their bosses to do so before ending the current amnesty that allows workers to register online with no penalties.

The government issued a ruling to allow illegal migrant workers to register online from January 15 to February 13.

The amnesty program was designed for Cambodia, Laos, and Myanmar workers, and its purpose was to help authorities monitor migrant’s health. Once they complete the registration process, they would be authorized to live and work in Thailand for two years.

Dr. Taweesilp asked migrant laborers and their employers to cooperate and help authorities curb the new wave of COVID-19 infections.