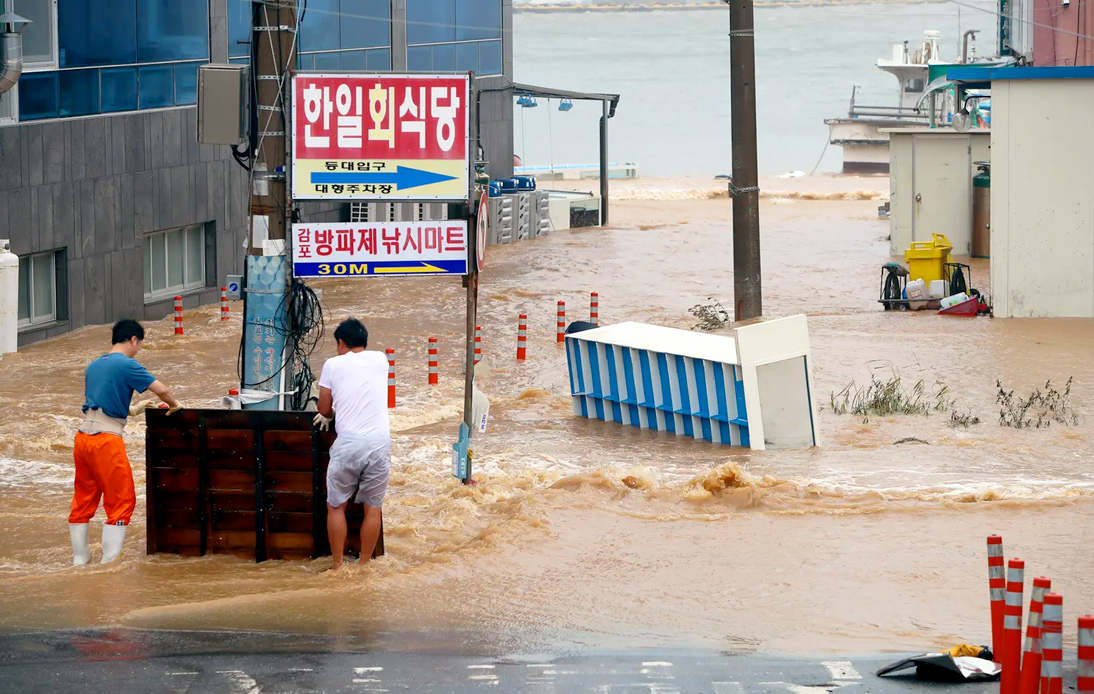 After wreaking destruction in southern Japan, Typhoon Haishen has landed in South Korea.

The storm touched down in Ulsan, which lies north of South Korea’s second-largest city Busan.

Due to this natural calamity, South Korea was coerced into cancelling more than 300 flights from 10 different airports. Several train services were also suspended.

Moreover, the typhoon also led to several power outages across thousands of houses situated in Japan. However, according to initial assessments, the damage sustained was lesser than what was expected.

Japanese broadcaster NHK reported that 32 people sustained injuries, including two people who suffered from cuts after the glass windows of an evacuation centre were broken.

Close to eight million people who were estimated to be residing in the path of the storm were instructed to evacuate.

The storm comes a few days after the Korean peninsula and Japan experienced one of the strongest typhoons in several years- Maysak.

The southern tip of the Korean peninsula was already subject to power cuts in close to 5000 households, including the resort island of Jeju because of high winds, according to a Reuters

For southern parts of South Korea including Gyeongsang province and Jeju, a typhoon alert has been issued.

However, according to Yonhap News, a KMA official claimed that the typhoon would probably weaken as it moves by.

Previously, the landslide alert of the highest degree was raised by South Korea’s Korea Forest Service.

Across western Japan, factories, schools, and businesses have closed down due to Haishen. Moreover, several flights and train services were also suspended.

Furthermore, Japan’s coast guard also halted its search for sailors who went missing after a cargo ship that sank during Typhoon Maysak.

The day the Gulf Livestock 1 went missing, it was carrying 43 crew members and 6,000 cows out of which three crew members were rescued alive.