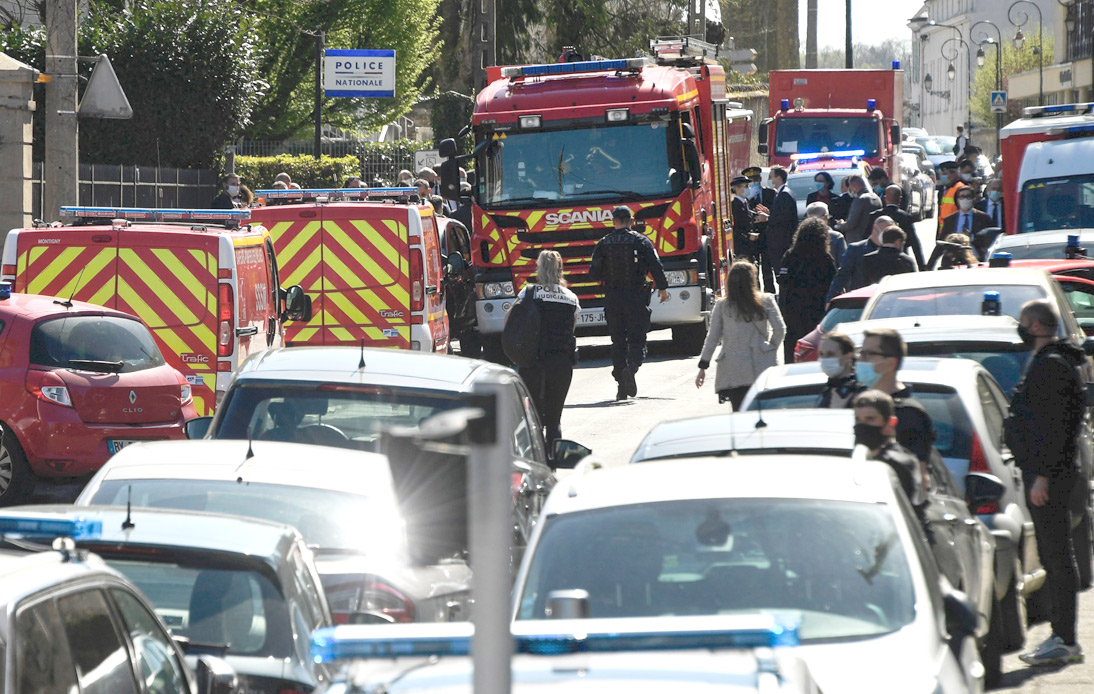 Anti-terrorism prosecutors have launched an investigation in France after a female police officer was fatally stabbed in a knife attack at a police station in Rambouillet, a southwestern suburb of Paris.

Prime Minister Jean Castex told the media that the police had intervened quickly, killing the aggressor, and referred to the incident as a “terrorist attack.”

The 49-year-old female police employee was unarmed when the 36-year-old attacker stabbed her in the neck. The man, who reportedly arrived in France from Tunisia several years ago, resided in the country on legitimate papers and was not previously known to security agencies.

Witnesses said they had seen him walking around while on the phone outside the police station.

He seized his chance to enter the police station when the woman went through the security gates. According to reports, he lunged at the woman, but her colleagues then opened fire on him, and he later died in hospital after being shot.

The stabbing took place at the secure entrance to the police station on Friday afternoon as the female police worker returned from her break at 2:20 p.m. local time.

Prosecutors said they had decided to launch a counter-terrorism investigation because of how the attack unfolded and the comments made by the attacker. Another reason they mentioned was the fact that the victim was a police officer.

Regarding the man’s comments, sources close to the inquiry told reporters that he had shouted “Allahu Akbar” during the attack, which translates to “God is greatest” in English.

French President Emmanuel Macron tweeted that the European country would never yield to “Islamist terrorism” and named the victim Stéphanie. Meanwhile, Prime Minister Jean Castex and Interior Minister Gérald Darmanin went directly to the scene in the Yvelines area to the west of the French capital.

Castex condemned the attack, saying it was a “barbaric act of boundless cruelty.”

He paid tribute to the police response when the man attacked, adding that “our determination to combat terrorism in all its forms is as resolute as ever.” In his comments on Friday, Castex stated that the Yvelines area had been attacked in the past, mentioning the fatal stabbing of two police force members at their home in 2019.

In October 2020, the murder of teacher Samuel Paty, considered an act of Islamist terrorism, was reported after an online campaign that began with false claims by a 13-year-old girl.