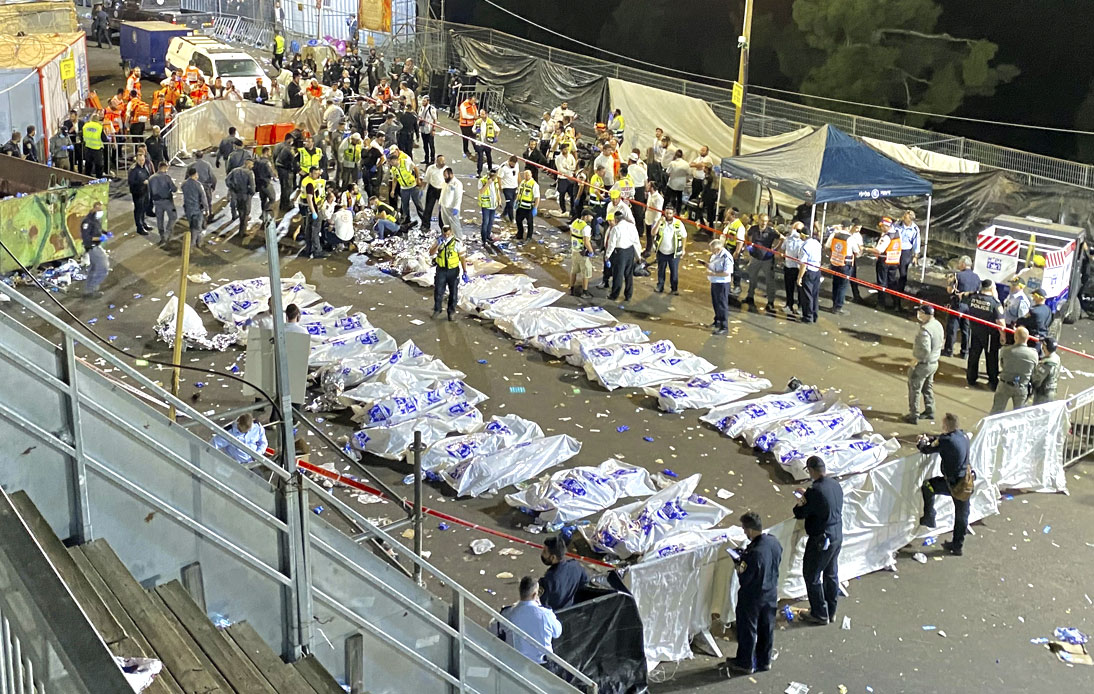 People in Israel began burying their loved ones after a crush at a Jewish festival killed 45 people.

Thousands of worshipers gathered en masse at the Lag B’Omer festival, near Mount Meron in northern Israel. People were trapped in an overcrowded passageway when a stampede killed dozens and injured around 150 attendees.

Funerals were authorized for the victims identified on Friday.

Israeli Prime Minister Benjamin Netanyahu called the incident a “huge disaster” and said it had been one of the worst peacetime tragedies the country had ever faced. Paramedics described chaotic scenes and said they had to administer CPR en masse to people lying on the ground.

Survivors said they heard people screaming underneath them.

Most of the people who died are said to be men and boys from the ultra-Orthodox community, as the crush occurred in one of the men’s sections of the largely gender-segregated event. Some of the victims were also believed to be foreign nationals.

One survivor, identified as David, said that it had felt as if a human wave had been broken.

“Our bodies were swept along by themselves. People were thrown up in the air – others were crushed on the ground,” he added. The prime minister promised to launch an investigation to discover the cause of the disaster and ensure that it did not happen again.

According to the Institute of Forensic Medicine, 32 of the victims were identified, and 22 were released for burial.

The final death toll is expected to include five US citizens, said an official with knowledge of the fatalities. The official statement was delayed by various factors, including Shabbat regulations and the duty to privately inform families of their loss the source stated.

About the victims, authorities reported that the bodies were taken to the Greenberg Institute of Forensic Medicine in Tel Aviv.

Soon after, the funeral of Rabbi Elazar Goldberg, who was in his late thirties, was reported. The youngest victims were brothers Yehoshua Englander, 9, and Moshe Natan Englander, 14, from Jerusalem.

“This is the time to hug the families and to help them find their loved ones – to cry together,” he said. “This is a hard and painful day. This tragedy is heartbreaking.”