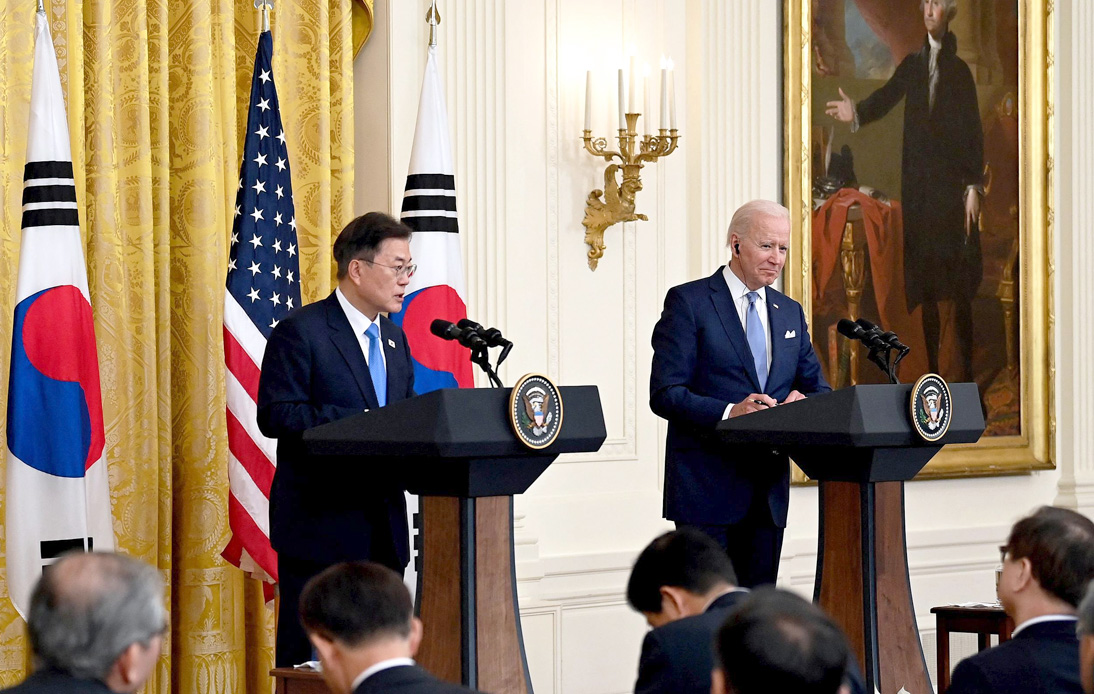 The mix-ups came during the Medal of Honor ceremony on Friday and during a speech on the ceasefire between Hamas and Israel on Thursday.

“The people in the Republic of Korea haven’t forgotten, as evidenced by the fact that the prime minister of Korea is here for this ceremony,” said Biden, 78, when he presented the Medal of Honor to Korean War veteran Ralph Puckett, 94, on Friday.

The day before, during his speech to celebrate the Israel-Hamas ceasefire, the president referred to Benjamin Netanyahu as “President Netanyahu.”

The slip-ups have sparked diverse comments, with Biden’s critics mentioning that he is the oldest president in the United States’ history. In March, he tripped up the steps to Air Force One twice.

However, on both occasions, he recovered, laughed, and greeted reporters and photographers.

The Democratic president also came under fire after commenting on the CDC’s mask guidelines at the end of a press conference in April. “This is the last question I’ll take, and I’m really gonna be in trouble,” he said.

It was not clear what being “in trouble” meant to him.

However, critics took to social media platforms to poke fun at Biden, asking who the leader of the free world might be in trouble with. The president’s opponents have also called him a “puppet” of his staff.

Furthermore, they have questioned why Biden seemed to be discouraged from off-the-cuff interactions with journalists.

During Biden’s presidential campaign, Trump supporters mocked the Democratic leader, saying that he would be confined to the “basement” for fear that voters would realize that he was too frail and old to be in the House. White.

Nonetheless, the president’s low-key strategy has paid off, as he has reversed the hugest issues that the mishandled initial months of the COVID-19 crisis brought.

Biden has previously dismissed rumors about his cognitive health, mentioning that he has suffered from stuttering throughout his life. During his political career, which includes a stint as vice president in the Obama administration, he has gained a reputation for gaffes and verbal slips.