PM Is Among First Australians To Be Given COVID-19 Vaccine 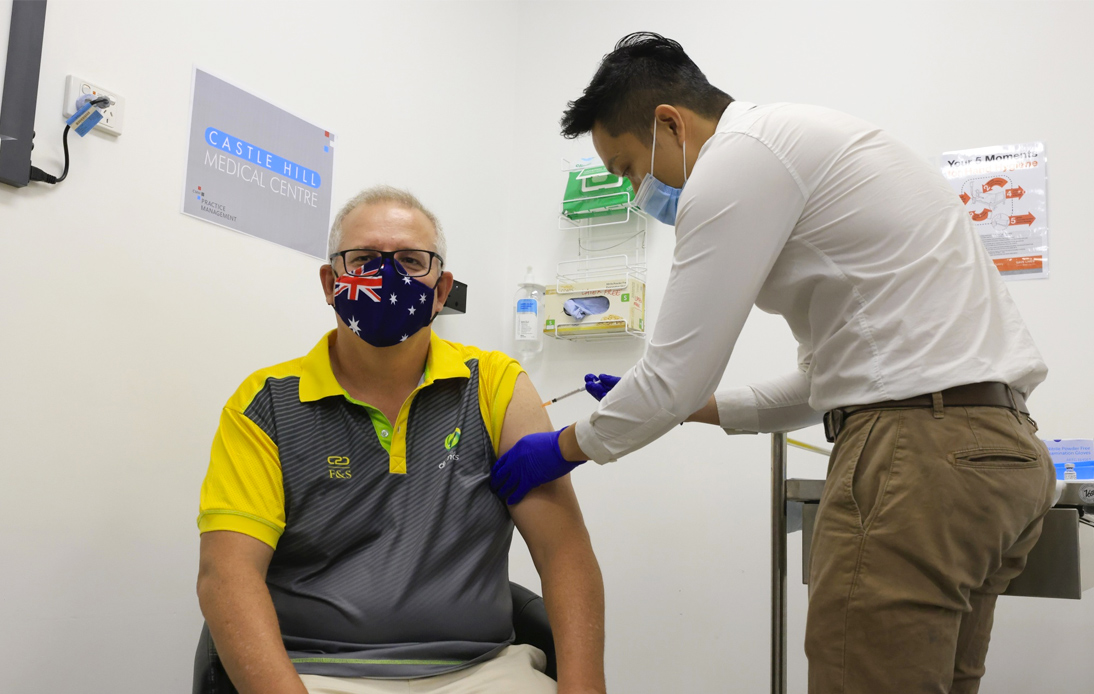 Australia is preparing to begin the inoculation process this week, and Prime Minister Scott Morrison was among the first small group of people to receive the COVID-19 vaccine.

In an attempt to boost confidence in the country’s vaccine launch, authorities decided to show Mr. Morrison getting the jab on television.

The move came after small crowds of anti-vaccination protesters gathered to protest the rollout in Australia, specifically in cities including Melbourne, Sydney, and Brisbane. The Prime Minister was part of a group of people that included some frontline health workers and residents of nursing homes.

The government reported that the first doses to inoculate Australians would be those of the vaccine developed by Pfizer, which was officially approved. Moreover, immunization days were set to start today, and at least 60,000 people are expected to receive a dose during the week.

Ahead of his vaccination, Mr. Morrison confirmed the start of the inoculation program on Monday.

“Tomorrow our vaccination program starts, so as a curtain raiser today, we’re here making some very important points; that it’s safe, that it’s important, and we need to start with those who are most vulnerable and are on the front line,” he said.

Australian authorities have said their goal is to vaccinate at least four million people by early March.

Earlier this week, Australia’s medical regulator also granted provisional approval for the vaccine created by AstraZeneca and the University of Oxford. The AstraZeneca vaccine is expected to arrive in the next few weeks and be rolled out next month, as Health Minister Greg Hunt explained.

Both vaccines have undergone rigorous and exhaustive health and safety controls before being approved.

According to official reports, the first round’s priority groups include 700,000 frontline workers in the health sector, border enforcement, and nursing home workers and residents. Australia will then inoculate citizens over 70, health workers, Aboriginals, and Torres Strait Islanders over 55.

Adults with underlying health problems and emergency services workers will also be part of this group.