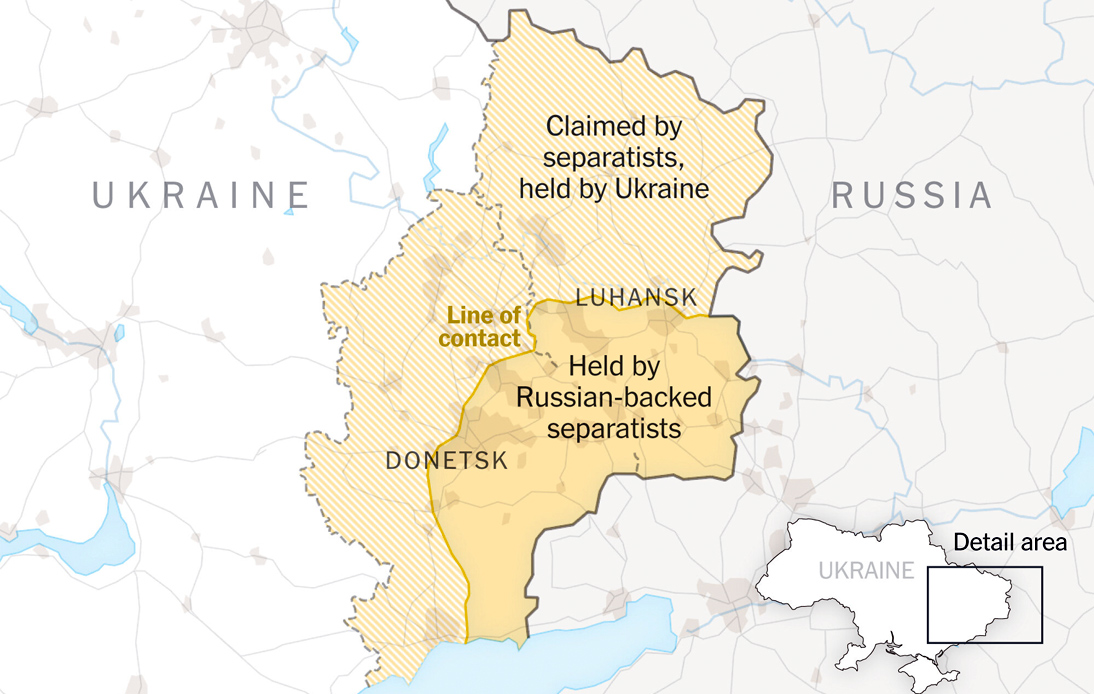 Russia’s President Vladimir Putin has ordered his forces to enter the Russian-controlled areas of southeast Ukraine, after it was decided that the territories would be recognised as independent states.

The order to send his forces to undertake “peacekeeping responsibilities” will be considered as an occupation of the territory by Ukraine and other western allies, and will almost certainly result in harsh sanctions and a military reaction from Ukraine.

Deployment of Russian military personnel was revealed in the wording of two treaty treaties signed by Putin on Tuesday with separatist republic leaders.

In the third clause of the treaties, there was a provision for “implementation of peacekeeping functions by the Russian Federation’s military forces” in the Luhansk and Donetsk People’s Republics, viewed by Ukraine and the rest of the world as its sovereign territory.

Local residents in Makiivka, 15 kilometers west of rebel-held Donetsk, noticed what seemed to be Russian armoured vehicles on the move, according to authorities.

“A massive convoy of Russian armoured personnel carriers and other equipment has been traveling for one and a half hours,” according to one source who did not want to be identified. It was seen traveling north toward Yasynuvata, which is also in the Donestk area.

Ukraine published video that purported to show a convoy of military vehicles going down a route, which officials said was impossible to establish whether the forces were from Russian-controlled rebel units or from the regular Russian army.

Ukraine’s president, Volodymyr Zelenskiy, accused Russia of sabotaging peace talks in a televised address early Tuesday morning, and said he would not make any territorial compromises.

Ukraine is dedicated to peace and diplomacy, according to Zelenskiy, and it expects “concrete and effective” actions from its friends. He stated, “We are not frightened.”

The move to deploy soldiers in came only hours after Putin said that he would recognise the Russian-controlled areas in southeast Ukraine as independent republics, a move that might jeopardise an existing peace deal.

Putin’s decision was announced in a televised speech highlighted by his genuine wrath at a country he has referred to as a “brother nation.”