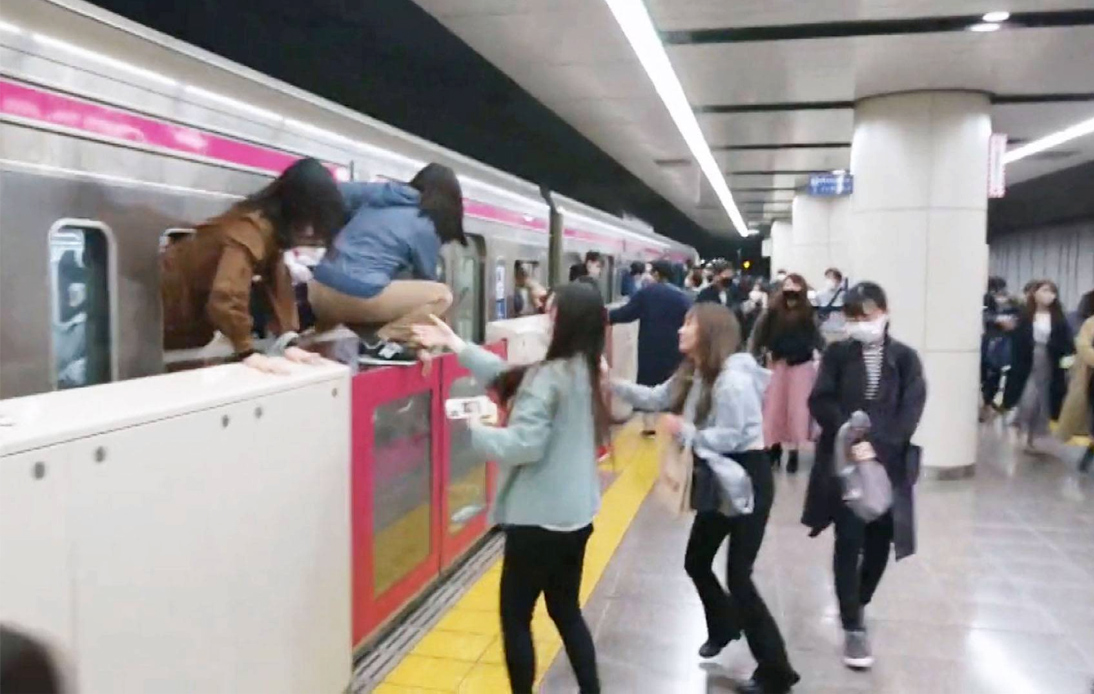 A man injured at least 17 people during a knife and arson attack in Japan’s capital Tokyo.

Local and international media released videos showing passengers running through the carriages and clambering out of the train’s windows to escape the flames and the attacker.

The attack happened around 08:00 p.m. local time (11:00 GMT) on an underground train line near Kokuryo Station, in the Japanese capital’s western suburbs.

According to police reports, witnesses believed the man was about to make a Halloween stunt.

Local reports and images from the scene show the suspect wearing a bright green and purple suit that appeared to reference Batman comics and movies’ character the Joker.

A witness told the local Yomiuri newspaper: “I thought it was a Halloween stunt. Then, I saw a man walking this way, slowly waving a long knife.”

The 24-year-old suspect reportedly sprayed a clear liquid around the carriage before setting it on fire, forcing the train to make an emergency stop.

Citing the Tokyo Fire Department, the AP news agency reported that three people were seriously injured, including a 60-year-old man stabbed during the attack.

Witnesses described how the attacker stabbed 10 people before causing the fire, but most injuries were not severe, authorities said.

In other footage from the scene, police appeared to detain the suspect. It was later reported that officers had arrested the attacker, who is under investigation for attempted murder, but the crime’s motive was not immediately known.

Nippon Television reported that the suspect had allegedly told investigators that he had used an earlier train stabbing attack case as an example.

According to Kyodo News +, the man had confessed to the police that he had spilled lighter fluid on the train. He reportedly said that he wanted to “kill people and be given the death penalty.”

While violent crimes are rare in Japan, several high-profile knife attacks have been reported recently.

In August, a man wielding a knife on a Tokyo commuter train injured ten people. Also, two people were killed and 18 wounded after another man attacked a group of schoolchildren waiting for a bus in Kawasaki in 2019.