Transit Employee Shoots Dead Eight Coworkers and Himself in California 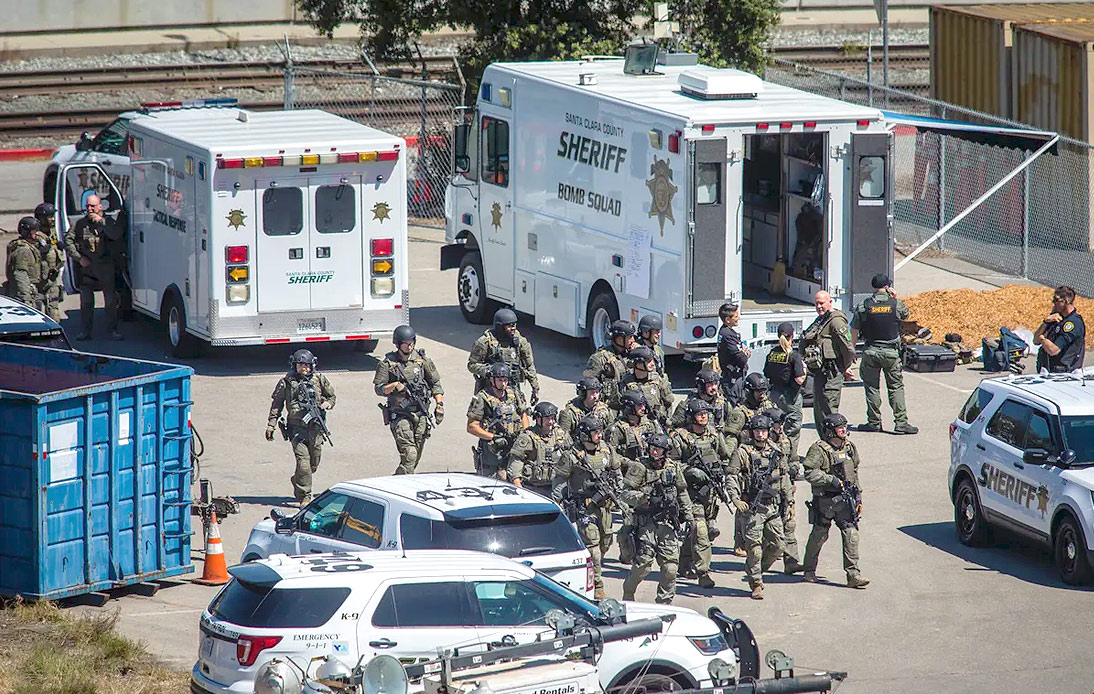 The suspect in the shooting, an employee of the Santa Clara Valley Transportation Authority (VTA), was among the victims. However, authorities stated that “numbers can change; this is still a fluid and active situation.”

“We received information there are explosive devices inside the building,” Mr. Davis said, adding that a bomb squad was ordered to investigate.

Sources told The Los Angeles Times that the 50-year-old gunman committed suicide and that police had found several weapons and ammunition inside his home. However, Sheriff Laurie Smith said she could not specify how the shooter had died as it was “undetermined.”

The shooting occurred during a “union meeting” at 6:34 am local time in a VTA-run light rail yard near the city’s main airport.

“A horrible tragedy has happened today and our thoughts and love go out to the VTA family,” Glenn Hendricks, the VTA board chairman, said at the news conference. He explained that the attack took place in a yard’s area where workers usually perform maintenance on vehicles.

Police have not confirmed the identity of the suspect, but local reports have named the VTA technician, according to various sources, including his ex-wife.

Citing law enforcement sources, the Times said the shooting was related to a workplace problem and did not involve passengers on the Santa Clara County light rail system. San José Mayor Sam Liccardo stated that several people were being treated for injuries while authorities assessed the situation.

“The shooter is no longer a threat, and the facility has been evacuated,” Mr. Liccardo wrote in a tweet. “Our hearts are pained for the families of those we have lost in this horrific shooting.”

“We are in a very dark moment but I am heartened to see the response from the VTA family to support their coworkers,” he later added at a press conference. The mayor also said he was aware of news reports on a fire at the alleged gunman’s home, which was earlier linked to the mass shooting.