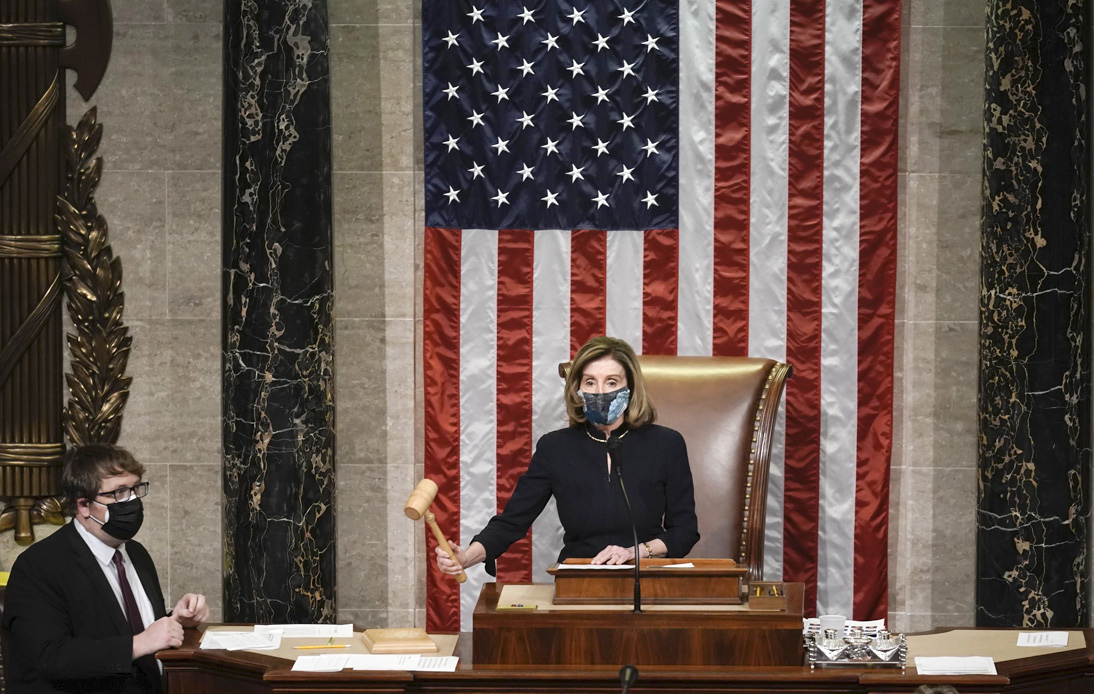 The House of Representatives of the United States has approved an article of impeachment to President Donald Trump, accusing him of having encouraged his followers to attack Congress in the Capitol building last week.

Ten Republican Party members joined Democrats in voting at the House on Wednesday to formally accuse Mr. Trump of “inciting insurrection.” Those were:

The resolution passed 232 to 197 and impeached Mr. Trump for his role in last week’s deadly assault on Congress.

This is not the first time the House has impeached President Trump. However, this time, he has denied being responsible for the violence.

The rally occurred last Wednesday after Mr. Trump asked his supporters to “fight like hell” against the result of November’s election – which, without evidence, he claims were “stolen.”

While the House was debating earlier, Trump responded to reports of the latest protests by urging calm.

“I urge that there must be NO violence, NO lawbreaking, and NO vandalism of any kind. That is not what I stand for, and it is not what America stands for,” he said.

“I call on ALL Americans to help ease tensions and calm tempers. Thank You,” he said.

It is not yet clear what the next steps in the process will be. This impeachment will likely end up being very different from the one in late 2019 – which was carried out around the Ukraine investigation – since the Senate trial is expected to be after Trump leaves office.

According to Senate Minority Leader Chuck Schumer, Senate Majority Leader Mitch McConnell will not authorize bringing the Senate back early.

This would mean that the trial would take place during the first days of Biden’s presidency and when the Democrats command the Senate.