US Marks the 20th Anniversary of 9/11 Terrorist Attacks 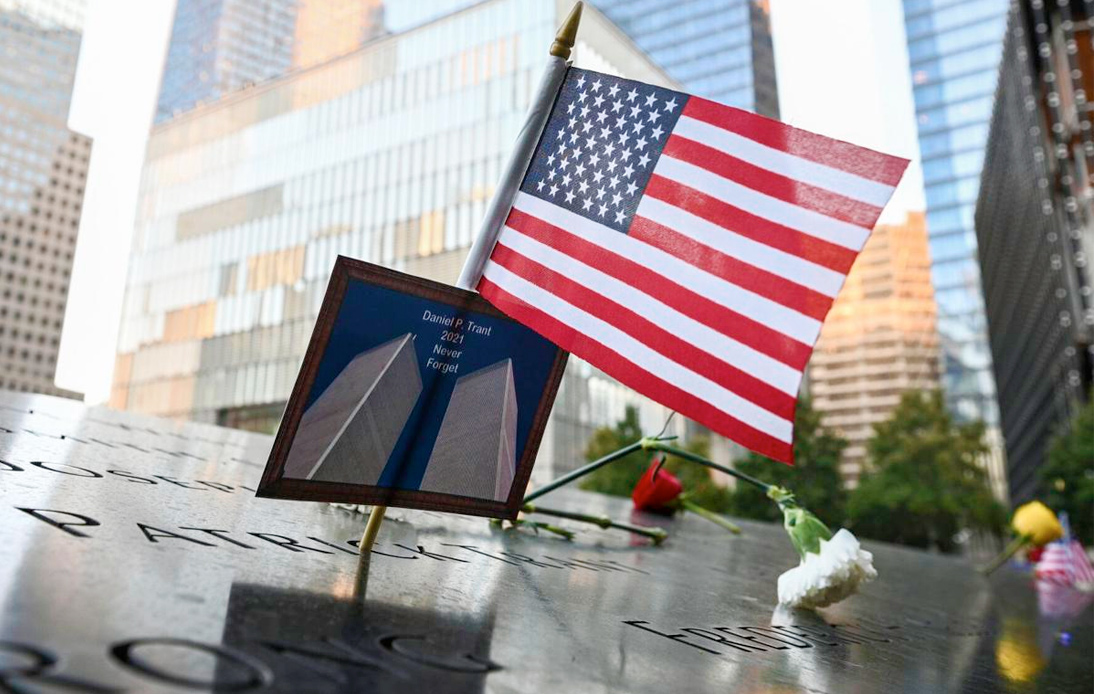 The United States marks two decades since the deadly terrorist attacks on the Twin Towers, and hundreds of people have paid tribute to people who died on September 11, 2001.

At a ceremony held at Ground Zero, the now destroyed towers’ site, the victims’ relatives read out the names of those killed by al-Qaeda militants’ attacks.

Attendees observed a minute of silence at the exact moment every hijacked plane crashed 20 years ago.

George R. Bush, who was the US President on September 11, 2001, gave a speech in Shanksville, Pennsylvania, where one of the four planes -reportedly heading to the Capitol- crashed after passengers and crew fought back and dominated kidnappers.

“The world was loud with carnage and sirens, and then quiet with missing voices that would never be heard again,” he said, adding: “It’s hard to describe the mix of feelings we experienced.”

At the official memorial in New York, people held a minute of silence around 08:46 (12:46 GMT), the exact moment the first plane crashed into the North Tower of the World Trade Center.

Over the next few hours, there were another five moments of silence. One of them marked when the second hijacked plane hit the South Tower, followed by another one when the third plane struck the Pentagon outside Washington DC and the fourth when a plane crashed in Pennsylvania.

The fifth moment of silence marked each tower’s collapse. Tributes continued into the night.

The list took hours to complete as it had hundreds of names to be read.

Besides New York, Biden visited the other two attack sites on Saturday: Virginia and Pennsylvania.

In a video released shortly before the anniversary, the US president paid tribute to the terrorist attack’s victims, saying: “No matter how much time has passed, these commemorations bring everything painfully back as if you just got the news a few seconds ago.”

“We must challenge ourselves to look back, to remember, for the sake of our children… and for that reason, we must also look forward,” she said.

Among other ceremonies, a vigil was held at the New York Fire Department memorial wall, paying tribute to the 343 firefighters who died during the attacks.