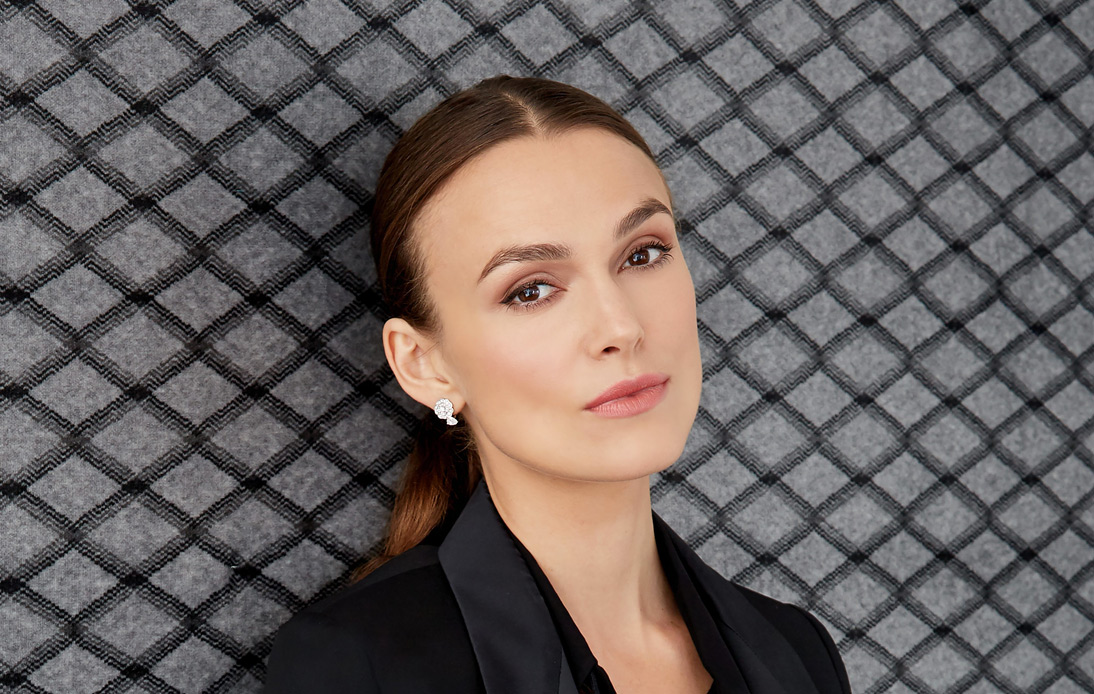 Speaking with director Lulu Wang and writer/producer Diane Solway on the Chanel Connects podcast, the 35-year-old actress stated: “I don’t have an absolute ban [on filming nude scenes], but I kind of do with men.”

Previously, Knightley revealed that she added a “no nudity clause” to her film contracts when her first child was born in 2015.

This isn’t the first time that how actors have been treated while filming sex scenes is under the spotlight, especially since the MeToo movement emerged.

Several studios have decided to hire intimacy coordinators to supervise the sex scenes and ensure that the actors feel comfortable.

Keira Knightley also said in the interview that she would like to work with a female director on a film that focuses on female life experiences, adding: “If I was making a story that was about that journey of motherhood and body [acceptance], I feel like, I’m sorry, but that would have to be with a female film-maker.”

“If it was about motherhood, about how extraordinary that body is, about how suddenly you’re looking at this body that you’ve got to know and is your own and it’s seen in a completely different way, and it’s changed in ways which are unfathomable to you before you become a mother, then yeah, I would totally be up for exploring that with a woman who would understand that,” she went on.

“But I feel very uncomfortable now trying to portray the male gaze,” she stated.

The actress assured that she appreciates the need for certain films to include nude scenes. However, she said that she doesn’t want it to be those horrible sex scenes where people are all greased up and everyone groans.

“Saying that, there’s times where I go, ‘Yeah, I completely see where this sex would be really good in this film and you basically just need somebody to look hot,’ so, therefore, you can use somebody else,” she also said.

“Because I’m too vain, and the body has had two children now, and I’d just rather not stand in front of a group of men naked,” Knightley explained.

The actress gained worldwide fame after she participated in the 2002 film Bend It Like Beckham. She also appeared in projects such as Atonement, Pirates of the Caribbean, and a comedy-drama about the 70s London women’s liberation movement titled Misbehavior.

Knightley has been clear about her position on feminism. Earlier, she claimed that she prohibited her daughter from watching Disney movies with female characters portrayed in a way that she disagreed with.