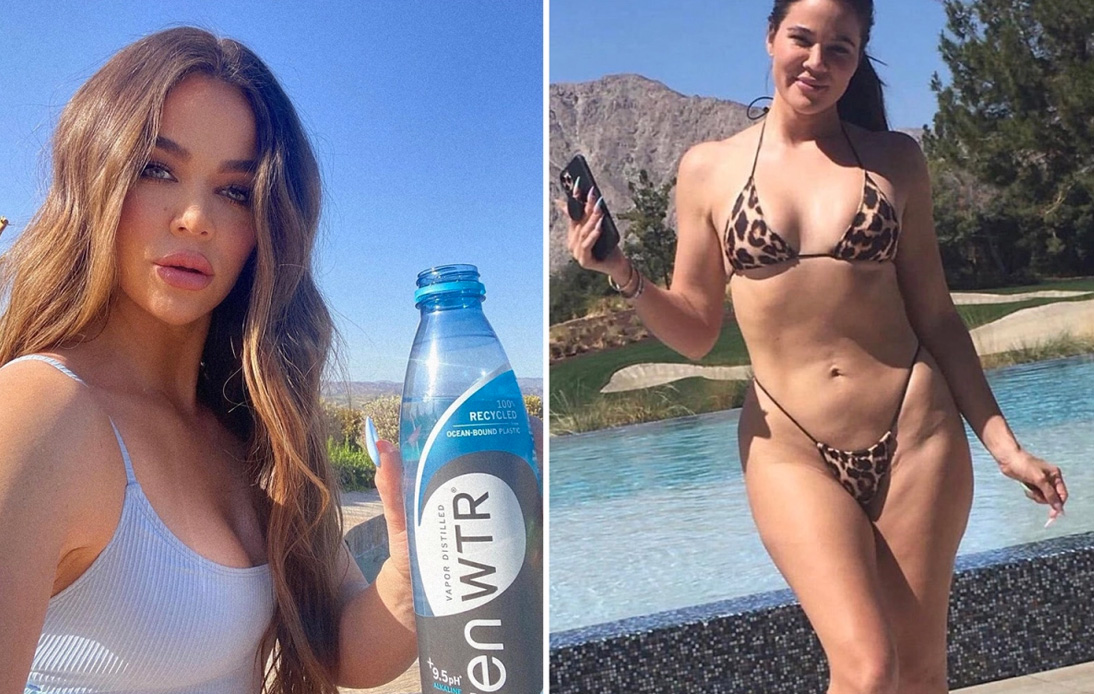 Khloe Kardashian fans are used to seeing the TV star and influencer in incredibly produced pictures. However, an unfiltered photo posted on social media has inadvertently sparked controversy over her image online.

The Kardashian PR team has been working hard to make all traces of the “unauthorized” photo of the 36-year-old woman disappear from the internet.

The controversial image shows Khloe standing by a pool in a skimpy leopard print bikini. However, the Keeping Up With The Kardashians star isn’t happy with the natural-looking family photo that started circulating the web over the weekend.

Since then, she and her team have asked different social media platforms to remove it.

Nonetheless, their efforts have generated a wave of criticism against the women over the “incredibly perfect image” that she has been promoting for a long time. It has also prompted other people to repost the image, where the Good American founder sports a less groomed hairstyle, a less tiny waist, and less smooth skin.

In the photo leaked online, Kardashian appears without filters, without airbrush, and with a less impeccable image than usual.

Shortly after users and online news portals started sharing the picture, her marketing team members said the posts violated copyright as it was posted without permission.

“The color edited photo was taken of Khloe during a private family gathering and posted to social media without permission by mistake by an assistant,” she said. Romulus also added that Khloe looked beautiful, “but it is within the right of the copyright owner to not want an image not intended to be published taken down.”

“Per our copyright policy, we respond to valid copyright complaints sent to us by a copyright owner or their authorized representatives,” a Twitter spokeswoman told BBC News on Wednesday. Additionally, Reddit and Twitter users reported that the image had disappeared and featured a message saying that it had been removed in response to a copyright claim.

Some people online rejected the actions of the TV celebrity.

They commented: “The real photo isn’t bad at all. But it’s appalling how she’s got away with totally reworking all her shots of her to something unobtainable and giving anxiety to all young women.”

“This family have set a beauty precedent (through surgery, photoshop, filters) that even they can’t maintain,” another user added.