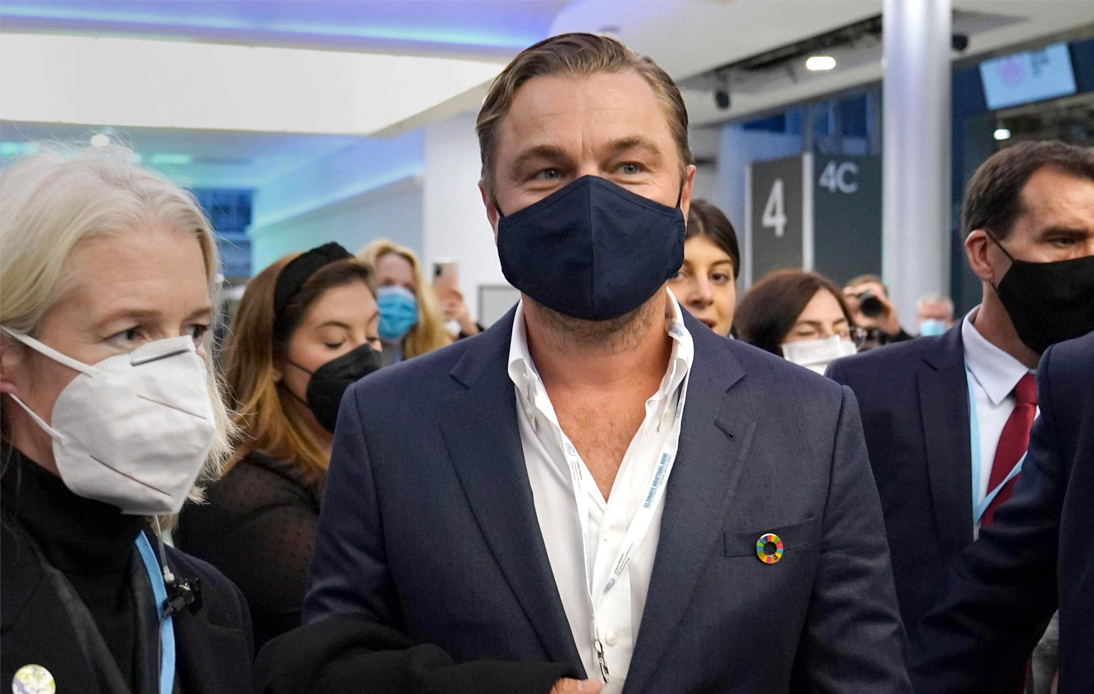 DiCaprio, who has been an environmental activist and UN climate change representative since 2014, attended the Kew Carbon Garden exhibit at the main conference center, which was packed with fans and journalists, on Tuesday.

A spokesperson for DiCaprio reportedly told the media that he had seen “the wonderful display of plants and messages about nature-based solutions to climate change that the Kew’s display has on show.”

The day before, the Titanic star participated in a Rewriting Extinction charity event, where he was seen with its founder, film producer Paul Goodenough.

Leaders from 200 worldwide countries attended the COP26 summit, where they detailed their plans to reduce emissions in ten years.

The award-winning Hollywood star has donated millions of dollars to local and international environmental organizations and eco-friendly businesses, including a manufacturer of sneakers made from natural materials.

In 2019, he met the young Swedish environmental activist Greta Thunberg, whom he described as a “leader of our time.”

Also, at the 2016 Oscars ceremony, DiCaprio delivered a powerful speech saying that climate change was “the most urgent threat facing our entire species.”

However, an article published on the Forbes website criticized the actor’s lifestyle back then, stating that his carbon footprint was much higher than he thought.

That same year, the award-winning actor expressed concern about the problem in his National Geographic documentary Before the Flood, which showed him traveling around the world to see the effects of global warming. Recently, he was photographed flying commercially rather than on a private jet.

DiCaprio, 46, has gained international fame for his roles in successful films such as The Wolf of Wall Street, The Revenant, Once Upon A Time In Hollywood, The Great Gatsby, Titanic, Inception, Shutter Island, Blood Diamond, among others.

The star, who wrote he was an actor and “environmentalist” on Instagram, updated his bio before the event, including the hashtag #COP26 and a link to the UN website page on climate change.