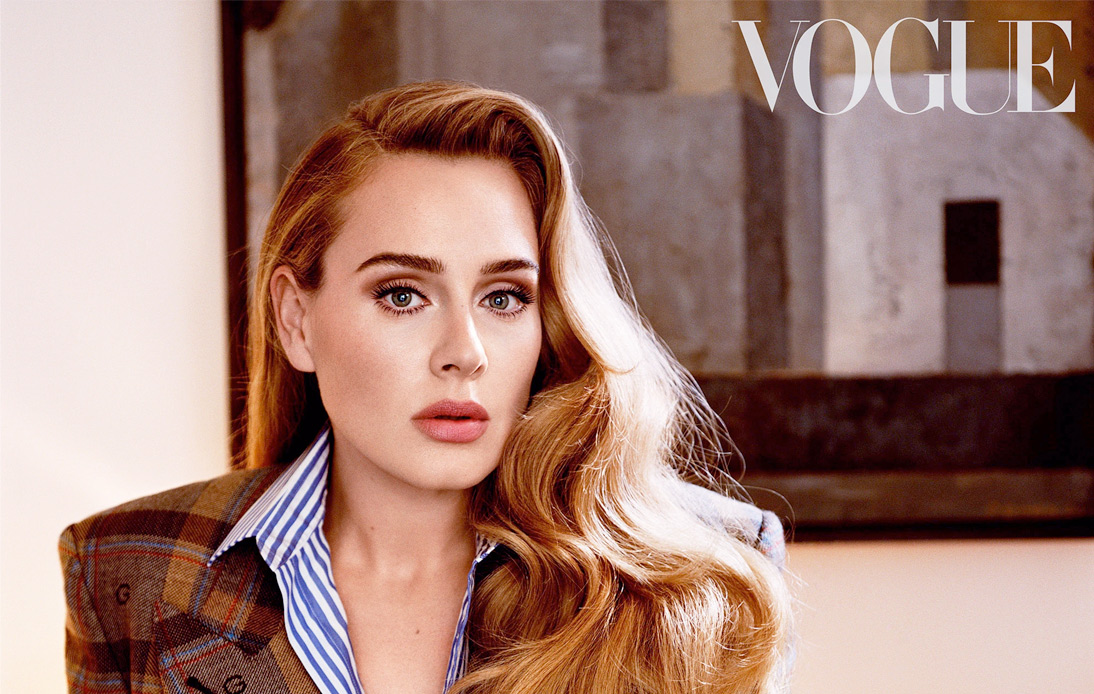 On Thursday, world-famous singer Adele made history by becoming the first celebrity to cover British and US Vogue, posing in a black satin corset dress and a yellow Vivienne Westwood couture gown for a stunning shoot.

Speaking to Vogue, the Rolling in the Deep’s singer also opened up about her body transformation after losing 100lbs, her divorce from ex-husband Simon Konecki and her new romance with Rich Paul.

Adele said she had become “addicted to exercise,” explaining that her incredible weight loss was related to her “anxiety.”

“It was because of my anxiety. Working out, I would just feel better. It was never about losing weight, it was always about becoming strong and giving myself as much time every day without my phone. I got quite addicted to it. I work out two or three times a day,” she stated.

In the magazine issue, the pop star also addressed her breakup with her ex-husband.

She said she had “left” Konecki, 47, claiming that she “would have been miserable had she not put herself first.”

Adele’s new milestone comes just a couple of days after revealing a snippet of her first new song in six years, announcing that the full single would be released next week.

On her official Twitter profile Tuesday, the pop star posted a brooding 21-second black-and-white clip, where she could be seen playing a cassette that read “Easy On Me,” her new song’s title, on a stereo in a car she drove on a country road.

Then, 13 seconds of the song’s instrumental piano intro is heard.

Adele’s Tuesday tweet said that Easy On Me would launch on Friday, October 15. The singer’s long-awaited fourth album is expected to arrive shortly after.

On Monday, fans speculated that the Someone Like You singer, who has released three albums to date, could title her new album “30” after posters and projections bearing the number appeared in various worldwide cities. Adele’s debut album, 19, was released in 2008, followed by 21 (2011) and 25 (2015).

According to the award-winning star’s fans, an album titled “30” would be inspired once again by her love life since she split from her ex-husband at that age.

The clip announcing Easy On Me’s release had reached five million views in its first hour on Twitter and Instagram. Later that day, the number had doubled.

La Presse, a Montreal, Quebec newspaper, reported that the video had been filmed in eastern Canada municipalities in September this year.

It was directed by Quebec filmmaker Xavier Dolan, who previously worked with the Grammy-awarded singer on the video for her hit, Hello, which has amassed more than 3 million views since its 2015 release.