Should Anthony Joshua Take Usyk Rematch As Next Fight? 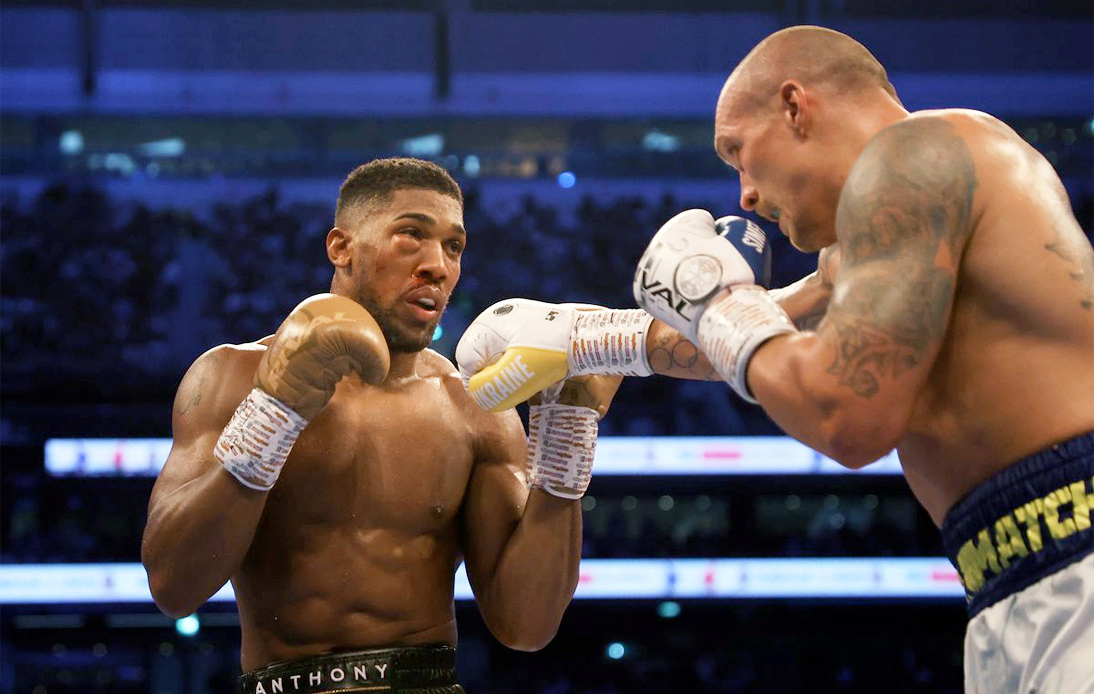 Following the shock result on Saturday night when Ukrainian boxer Oleksandr Usyk defeated Anthony Joshua on a unanimous points decision in London to become the unified Heavyweight champion, many are pondering what next for Joshua?

AJ as he is commonly-known relinquished the IBF, WBA and WBO heavyweight titles to former cruiserweight champion Usyk, who outboxed the 31-year-old Londoner over twelve exciting rounds which Usyk dominated from the first bell.

It’s the second defeat of Joshua’s career, which saw him lose the belts unexpectedly in June 2019 to Andy Ruiz Jr., a result which was a huge upset. The chubby Mexican went on to lose the subsequent rematch with Joshua in December 2019.

Anthony Joshua looks like a different fighter these days to the confident, take-on-all-challengers warrior from as recently as 2017, when he defeated Wladimir Klitschko in an epic title clash at Wembley Stadium.

He looks fragile, afraid to throw his hands and always on the defensive back foot.

As he looks to rebuild his career following the loss to Usyk, only the third fighter after Evander Holyfield and David Haye to win world titles at cruiserweight and heavyweight, one must consider the possible challenges for him and the best path to restore his reputation and confidence.

Respected boxing journalist Gareth Davies said during an interview after Saturday’s fight that Joshua should think about fighting the loser of the forthcoming Tyson Fury vs. Deontay Wilder clash, instead of exercising his rematch clause with Usyk.

AJ however spoke of his intent during the post-fight press conference that he intends to take on Usyk again early next year with the hope of winning his belts back and becoming World Heavyweight champion for the third time.

Are there any other opponents for Joshua out there that he may consider fighting, to rebuild his shattered confidence?

Fellow British heavyweight Dillian Whyte lost to Joshua in December 2015 with Joshua displaying the ferocity and power of old, winning with a seventh-round technical knockout victory.

A rematch with Whyte would be a less dangerous option than taking on Usyk, Fury or Wilder, but still pull in a good crowd and decent purse by being an all-British affair.

By easing himself back into the heavyweight scene following the shock loss to Usyk, he can prolong his career and hopefully rediscover the fire in his belly that got him to the top of the sport.

He’s not likely to fight any lesser opponents than those three: Andy Ruiz Jr. has called him out for a trilogy fight on a number of occasions, which is highly unlikely with no belts or decent ticket sales/pay per view sales likely for the contest.