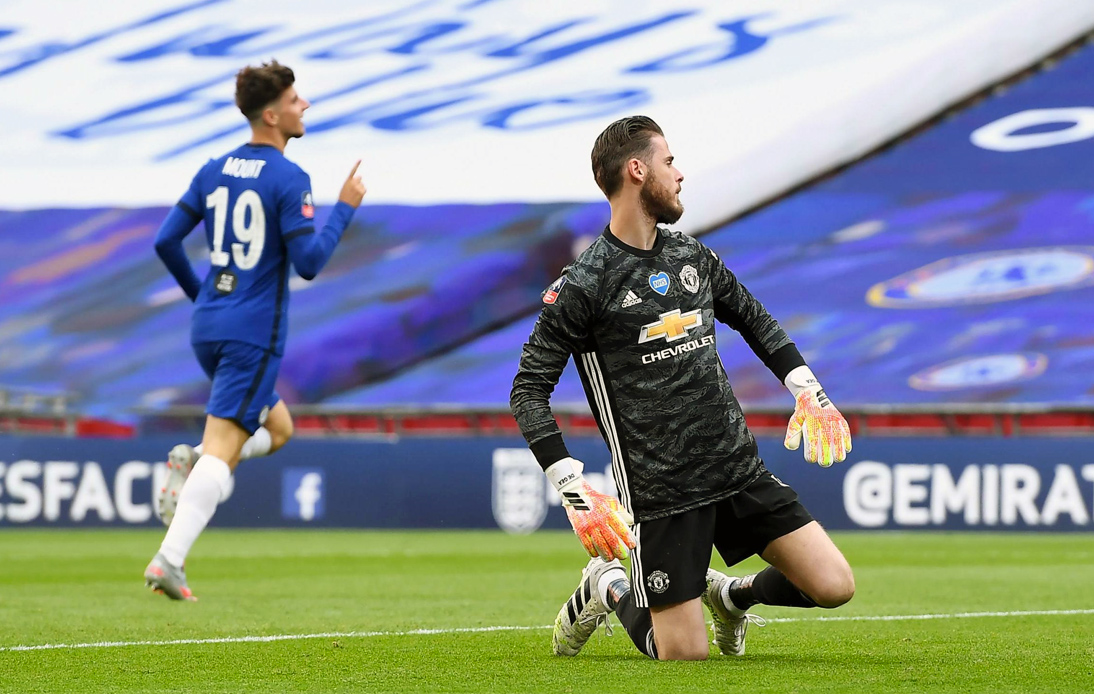 Manchester United’s goalkeeper David de Gea’s season has gone from bad to worse. He had a Wembley nightmare on Sunday, with Chelsea easing past the Red Devils to set up an FA Cup final clash with Arsenal.

Ole Gunnar Solskjaer the United boss usually plays Sergio Romero in FA Cup matches, but on this occasion he chose De Gea. This backfired massively, with the Spain national team’s Number 1 making two howlers either side of half-time to present Chelsea with two goals.

De Gea flapped at Olivier Giroud’s flick in stoppage time of the first-half, then moments after the game restarted, he meekly fumbled a 20-yard shot by Mason Mount into the net.

Frank Lampard’s Chelsea were good value for this victory. United’s misery was compounded when their captain Harry Maguire managed to divert a Marcos Alonso cross into his own net at the near post as the game closed out with 16 minutes left to play.

Chelsea dominated from start to finish, with Manchester United’s 19-match unbeaten run in all competitions coming to a spectacular end.

The ever-impressive Bruno Fernandes did pull back a goal back from the penalty spot late on when Callum Hudson-Odoi fouled Anthony Martial but it was no consolation for the Old Trafford side, who just did not turn up for this game.

Chelsea have booked their place in the FA Cup Final, set to be contested at Wembley on August 1st. They will face Arsenal, who over the weekend beat Manchester City by 2-0, in a comfortable victory for the Gunners.