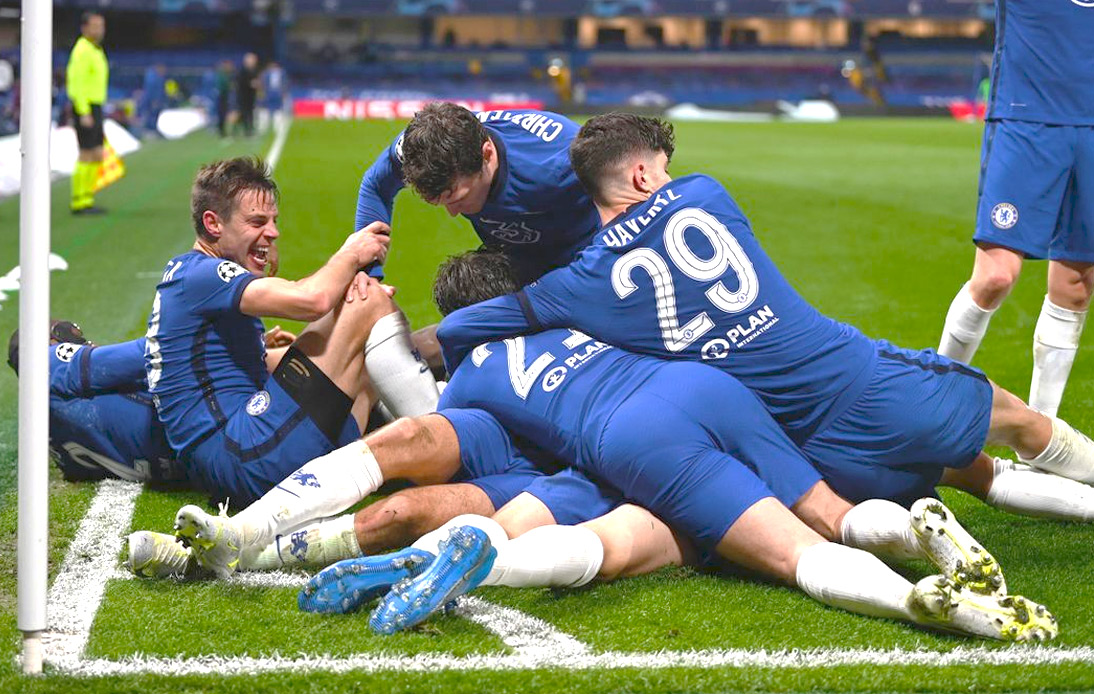 Chelsea defeated Real Madrid 2-0 in the second leg of their UEFA Champions League semi-final tie on Wednesday. In doing so, the Blues overcame their opponents 3-1 on aggregate to advance to their first final in nine years.

Throughout the match, Thomas Tuchel’s men played better and subdued an impotent Madrid side that monopolised possession, but did not create many chances to score.

In the 27th minute, N’Golo Kante played a lethal pass to Kai Havertz, who tried to chip Courtois, but the ball crashed against the crossbar. However, to the good fortune of the home team, Timo Werner was on hand to head the ball into the back of the net for the first goal of the game.

In the 85th minute, a Kante steal set up Chelsea’s second goal. The Frenchman laid the ball off to Christian Pulisic and the American set up Mason Mount for the second goal.

Thanks to this solid win, Chelsea will face Manchester City in the final, which will take place on Saturday 29 May at the Ataturk Olimpiyat stadium in Istanbul, Turkey.

The Blues will be aiming for their second Champions League trophy, while the Citizens will seek their first title in this competition.

It will be the second final between English teams in the last three years.