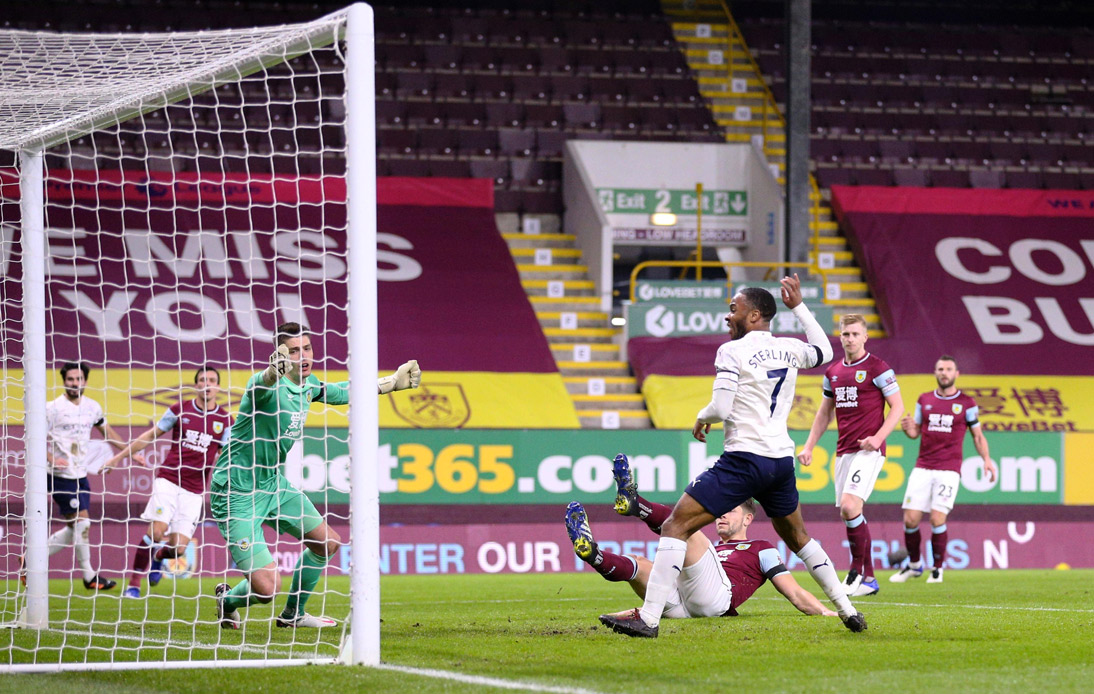 On Wednesday, Manchester City were able to maintain their good run of form in the Premier League and beat Burnley 0-2 at Turf Moor Stadium.

Things got off to the best possible start for the visitors. In the third minute, Bernardo Silva’s fierce shot was saved by Nick Pope, but Gabriel Jesus took advantage of the rebound from the goalkeeper and with a great header scored the first goal of the match.

Burnley fans were thrilled at home when striker Matej Vydra came face to face with goalkeeper Ederson, but his shot went wide before the whole move was disallowed for an offside call on the Czech.

In the 38th minute, Ilkay Gundogan played a lethal pass to Raheem Sterling, who fired a shot from inside the goal area to score the second goal for the Citizens.

In the second half, Manchester City had more chances to score. Another great through ball from Gundogan to Sterling left the winger in a great position, but a superb save from Pope ruined his plans.

In the 57th minute, Riyad Mahrez scored after a pass from Gabriel Jesus, but the Algerian’s goal was disallowed by VAR.

With this result, Guardiola’s men reached their ninth consecutive Premier League win and are on top with 47 points after 21 games.