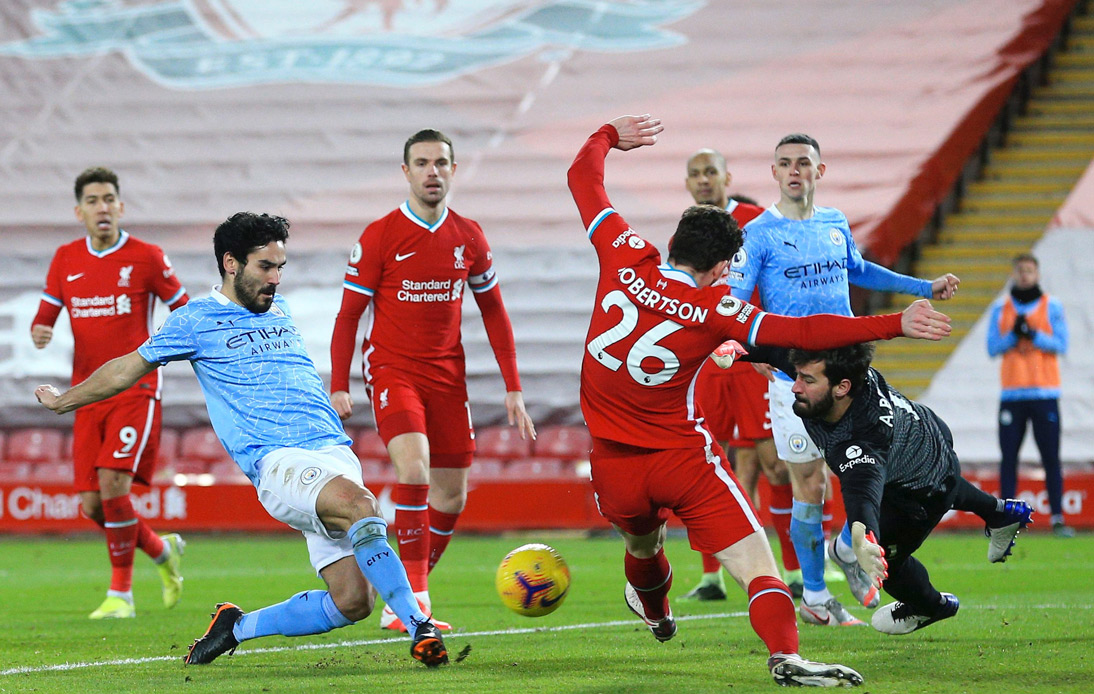 This Sunday, Manchester City struck an authoritative blow in the Premier League and destroyed Liverpool 1-4 at Anfield Road. Guardiola’s men took advantage of naive mistakes made by their opponents.

In the 37th minute, Fabinho fouled Raheem Sterling inside the box and Michael Oliver awarded a penalty kick for the visitors. Ilkay Gundogan took it, but his shot went over the crossbar.

At the start of the second half, after a great individual move, Sterling laid the ball off to Phil Foden, who shot on goal. Alisson made a great save, but conceded a rebound which Gundogan converted in the first goal of the game. The Turk got his revenge.

In the 63rd minute, Mohamed Salah was fouled inside the box by Ruben Dias. The Egyptian took the penalty kick and scored the equaliser.

Ten minutes later, Alisson tried to clear the ball, but inadvertently ended up passing it to Foden. The Englishman entered the box and set up Gundogan for the Turk to make it 1-2.

Another uncharacteristic mistake by Alisson led to the Citizens’ third goal, which was scored by Sterling.

In the 86th minute, Foden scored his side’s fourth goal with a powerful and unstoppable shot.

With this result, Manchester City remain leaders with 50 points, while Liverpool are fourth with 40 points.