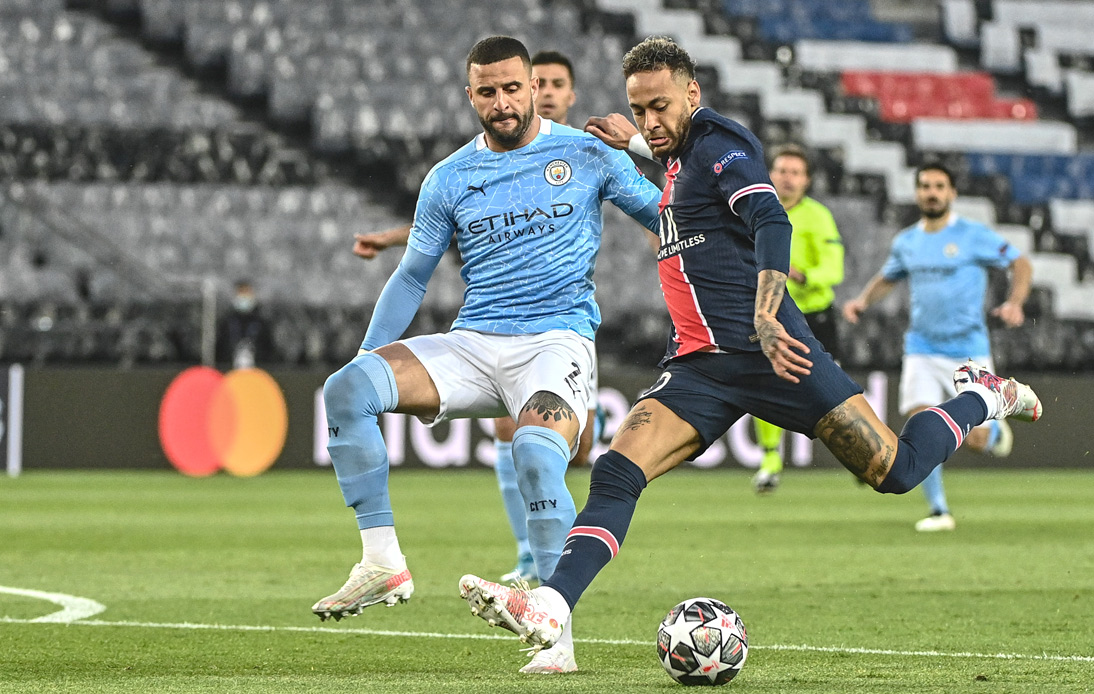 Manchester City beat Paris Saint-Germain 2-0 in the second leg of their UEFA Champions League semi-final tie on Tuesday. The Citizens put in a strong performance at the Eitihad Stadium and with a convincing 4-1 aggregate win advanced to their first-ever Champions League final.

Even so, Pep Guardiola’s men were given a scare in the sixth minute when referee Bjorn Kuipers awarded PSG an absurd penalty for a non-existent handball by Oleksandar Zinchenko. Fortunately, the VAR made the Dutchman realise his surreal mistake.

In the 10th minute, Zinchenko received an exquisite long pass from goalkeeper Ederson before sending in a low cross for Kevin de Bruyne; the Belgian shot on goal but the ball deflected off the body of Florenzi. Even so, Riyad Mahrez was able to take advantage of the rebound and score the first goal of the game.

In the 63rd minute, Zinchenko started a lethal counter-attack, but it was De Bruyne who led it. The Belgian delivered a precious pass to Foden, who gave a lethal assist to Mahrez: the Algerian showed no mercy and scored the second goal for the Citizens.

An individualistic Neymar Jr. was completely nullified by the strong British defence.

Manchester City are in the final and will face the winner of Chelsea vs Real Madrid on 29 May.