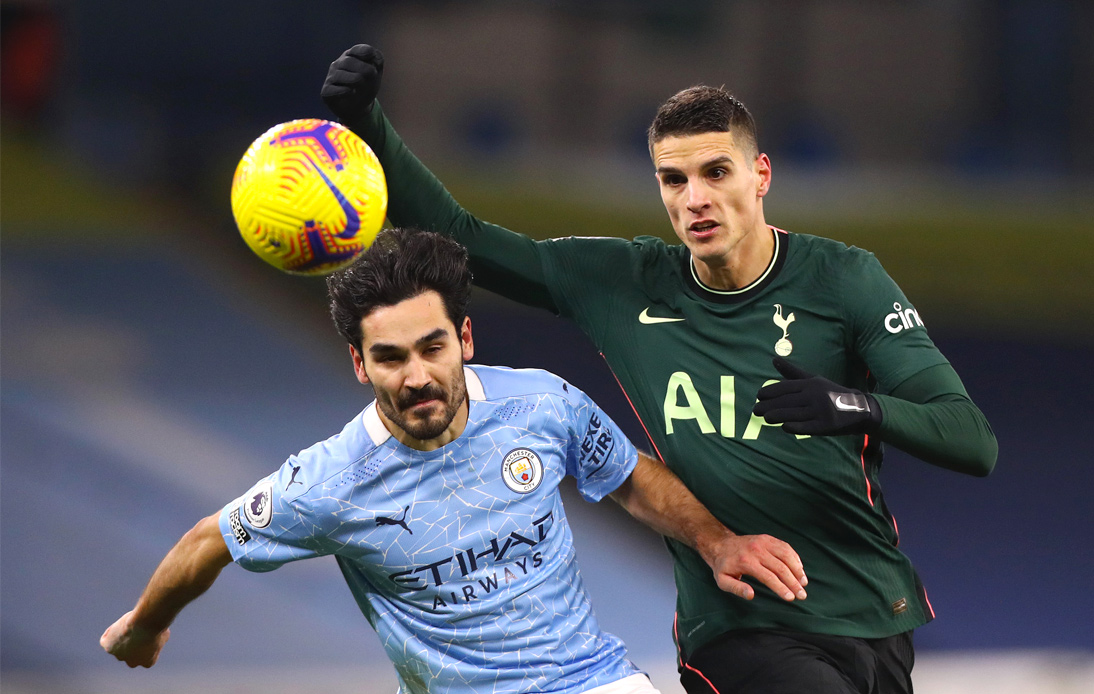 Manchester City proved once again on Saturday that they are currently the best team in the Premier League after a 3-0 defeat of Tottenham at the Eitihad Stadium. The Citizens now have 16 consecutive wins in all competitions.

The first big scoring chance of the match came from Harry Kane, who took a free kick that could have changed the whole story of the game, but the ball ended up crashing against the right-hand post of goalkeeper Ederson’s goal.

In the 23rd minute, Hojbjerg naively fouled Ilkay Gundogan inside the box and referee Paul Tierney awarded a penalty to the home side. Rodri took it and scored to make it 1-0.

In the 50th minute, Sterling played a precise pass to Gundogan and the Turk scored his team’s second goal.

In the 66th minute, Ederson Moraes sent a lethal long ball to Gundogan, who made a fool of defender Davinson Sanchez and scored the third goal of the match.

That goal virtually ended the game. The Spurs gave up and the Citizens were left to manage their large lead.

With this result Manchester City now have 53 points after 23 games, seven points ahead of Leicester (who have played 24 games).