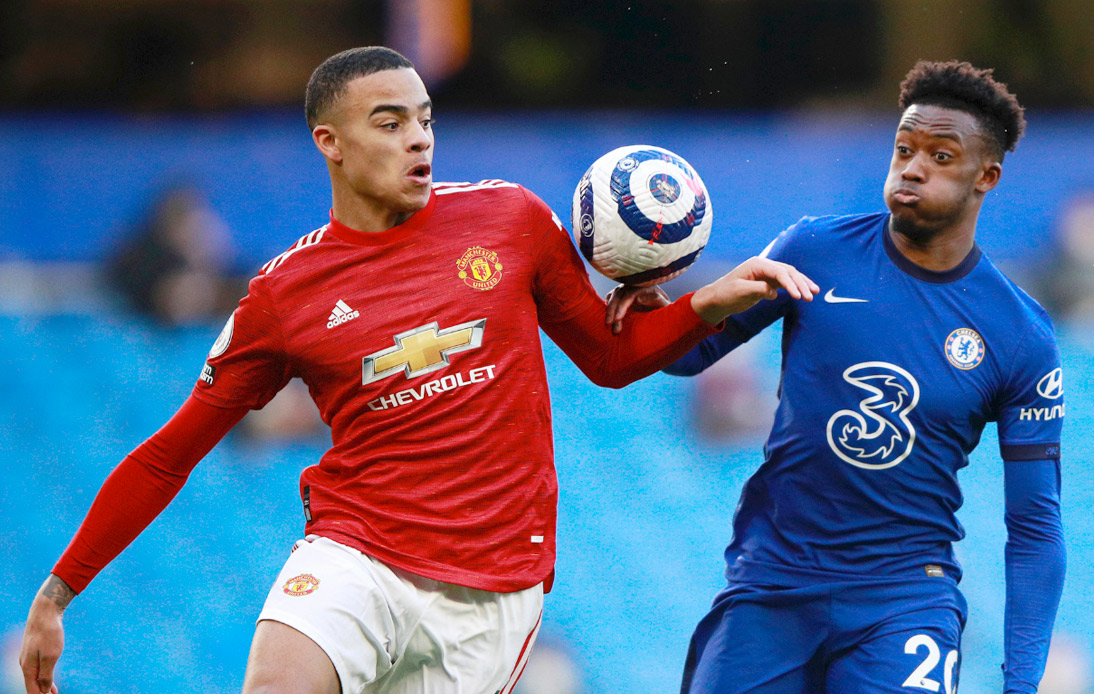 On Sunday, Chelsea and Manchester United played out a 1-1 draw after an evenly contested match at Stamford Bridge. The game was intense, but did not have too many scoring chances.

The big controversy of the match came in the 14th minute: goalkeeper Edouard Mendy saved a powerful shot from Marcus Rashford, but conceded a rebound.

Mason Greenwood and Callum Hudson-Odoi went for the ball and right at that moment it looked like the Chelsea player handled the ball.

At that point the VAR assistants contacted referee Stuart Miller and asked him to review the play for a possible penalty. He did so, but did not consider Hudson-Odoi to have handled the ball.

In the 22nd minute, Hudson-Odoi himself tried to score a spectacular goal with a powerful volley, but the ball went wide.

From the 30th minute onwards, both teams lost intensity and creativity. Both Reds and Blues started to make a lot of inaccurate passes and were not troubling the goalkeepers.

A great save by De Gea from Ziyech’s shot was the clearest chance of the match.

In other results they beat Sheffield United 2-0 at Bramall Lane, while Tottenham Hotspur (guide by Kane and Son) beat Burnley 4-0 at home.