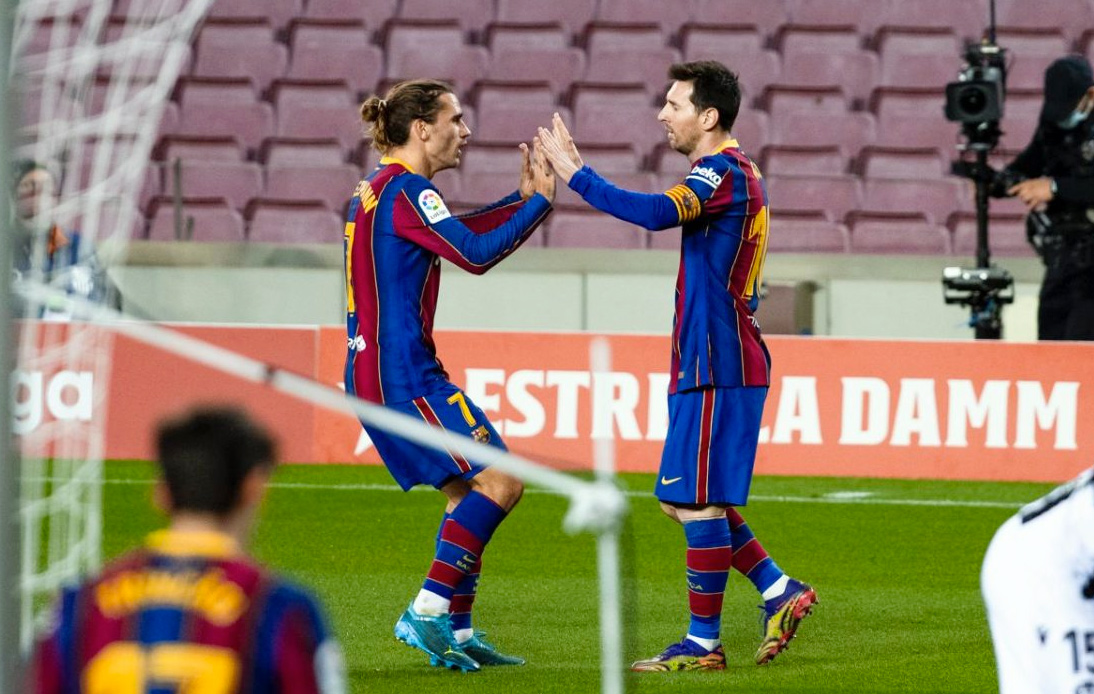 In a disappointing league campaign, FC Barcelona has finally seen a glimmer of hope. This Sunday, the Catalans beat Levante 1-0 at the Camp Nou in a match in which Lionel Messi was (once again) a hero for his team.

At the 12th minute, Jorge De Frutos had an excellent chance to put the visitors ahead on the scoreboard. The midfielder came face to face with goalkeeper Marc-André Ter Stegen, but his shot was elegantly saved by the German.

The home team responded in the 22nd minute. Messi gave an intelligent pass to Antoine Griezmann, the Frenchman headed the ball and the goalkeeper Aitor Fernandez made a spectacular save, even though Clement Lenglet could score in that same play, but his shot went over the crossbar.

The Catalan team had many chances to score throughout the match, with volleys by Jordi Alba and Griezmann and many shots by Messi, but Aitor seemed invincible.

In the 76th minute, after countless attempts, Frenkie de Jong gave a ‘cruyffistic’ pass to Messi, who advanced a few meters inside the box and made a powerful shot with his left leg that meant a magnificent goal in favor of Barcelona.

With this victory, the Cules reach the 17 points (after 11 games played) and occupy the eighth position in the standings.