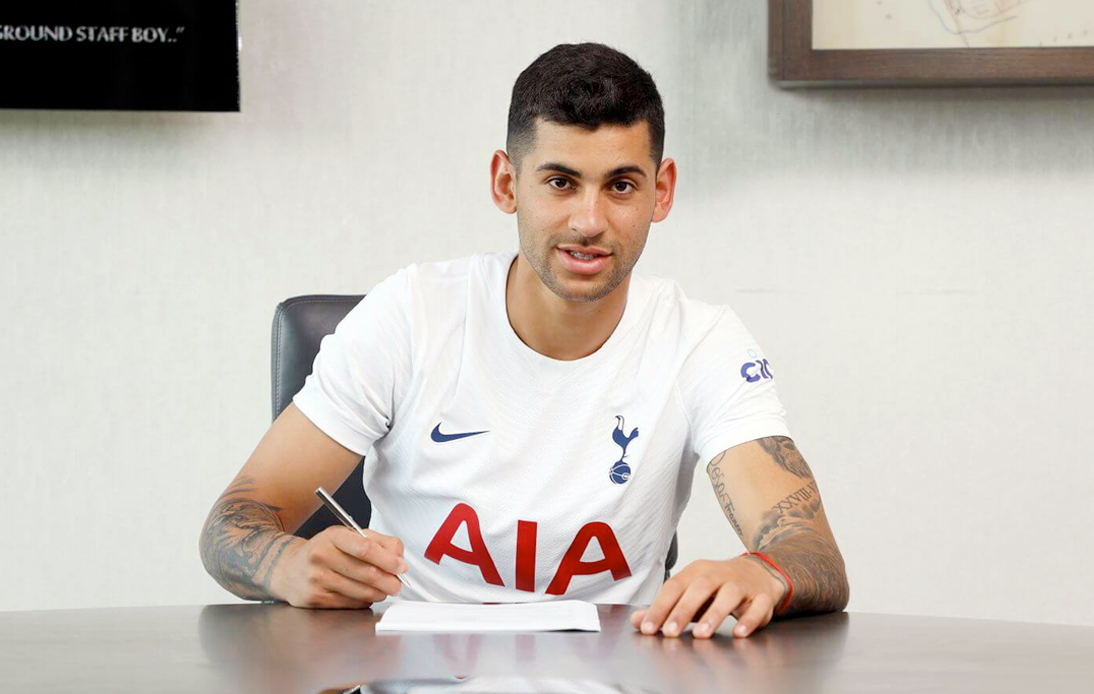 Tottenham Hotspur have confirmed the arrival of in-demand defender Cristian Romero. They have announced his transfer from Serie A side Atalanta in a £42.5m deal.

The Argentine star, 23, was voted Serie A’s best defender last season and later went on to lift the Copa America in the summer with his national side winning the tournament.

Spurs have signed three players since the end of last season under new manager Nuno Espirito Santo, and have spent a cumulative amount of almost £70m in the process.

They swooped for the Sevilla winger Bryan Gil back in July, as well as a loan signing also from Atalanta, this time bringing in Pierluigi Gollini.

When being unveiled on Friday, Romero told reporters that he is “ready to go” and that he aims to “give everything he has” to the Spurs cause.

“It makes me very happy to have the opportunity of wearing this famous shirt and to come to this wonderful club,” he declared.

“The fans are who I would like to thank the most. Their messages have inspired me, asking me to join, and now here I am.”

The exact length of Cristian Romero’s contract has not been revealed by the North London side, and at this time further squad additions this season are not expected.

In June, Daniel Levy, the Spurs chairman, said that the club planned to make careful purchases going forward due to massive losses they sustained during the Covid-19 pandemic, estimated to be in the region of £200m.

Many have questioned how Tottenham would go about making signings with that financial cloud hanging over them. Would it affect the Harry Kane situation for instance, perhaps leading to him being sold to a rival side to raise funds?

It is believed however that there are no teams negotiating with Spurs over the moment for the transfer of Kane, which Pep Guardiola alluded to in his revealing press conference on Friday, in which he said Man City would be interested in signing him.

The arrival of Romero is a boost for Tottenham after they lost one of their best defenders during the summer, with center-back Toby Alderweireld signing for Qatari club Al-Duhail for a fee believed to be £13m.

Romero’s first club was Argentine Primera Division outfit, who he played with for two years from 2016 to 2018, before going on to join Serie A side Genoa.

A year later in July 2019 he was signed by Italian champions Juventus but was subsequently loaned back to Genoa for the 2019-20 Serie A season.

The following season, Atalanta came in for Romero again on another loan deal. He made 32 appearances for the Bergamo club, scoring three goals.

Atalanta had an option from Juventus to make the loan permanent, which they activated and then later went on to sell Romero to Tottenham.

Spurs supporters are excited by the acquisition. They see it as shrewd business by their recently-unveiled new manager Nuno Espírito Santo, formerly the coach of Wolves.

They will face Manchester City at the Tottenham Hotspur Stadium on August 15th in their premier league opener for the new season, with Romero sure to feature.