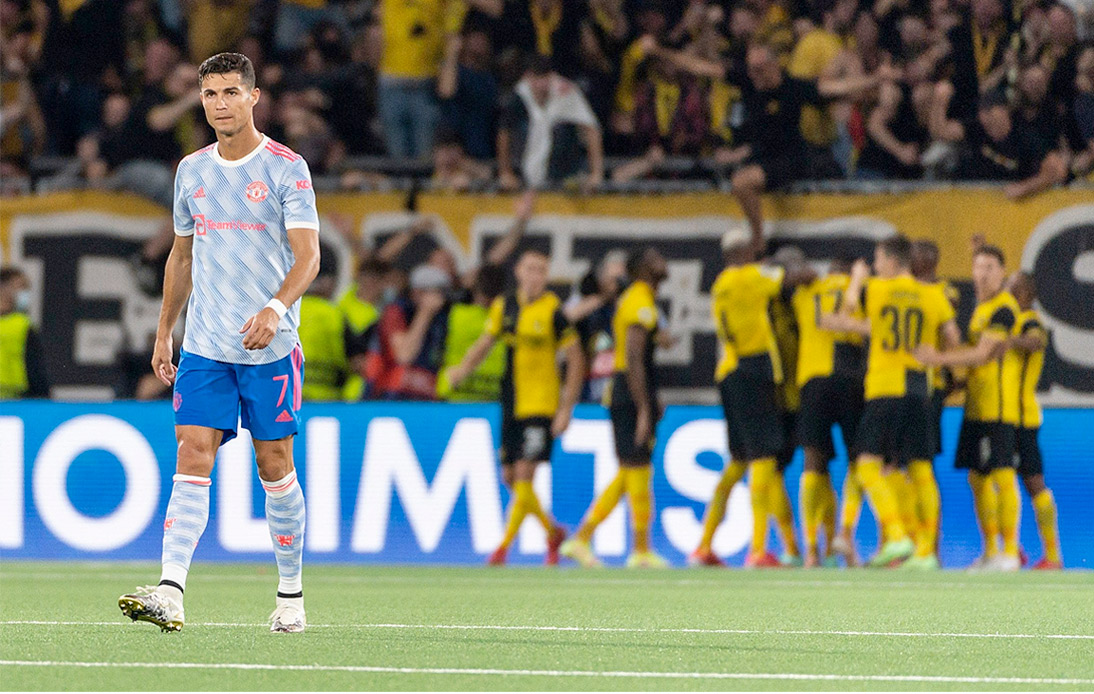 Manchester United lost to Young Boys with a dramatic stoppage-time goal in Cristiano Ronaldo’s return in the Champions League as a member of the ‘Red Devils’.

The Portuguese star became the joint all-time Champions League appearance holder on his 177th appearance in the competition and scored after 13 minutes on a terrific pass from his fellow countryman Bruno Fernandes.

The turning point of the match was Aaron Wan-Bissaka’s dangerous challenge on Christopher Martins which earned the defender a straight red card in the 35th minute.

Moumi Ngamaleu scored the equalizer in the 66th minute and when all thought that both teams will win a point, Jesse Lingard made a mistake and allowed Jordan Siebatcheu to score the winner for the Swiss team.

Chelsea had a much better start of the Champions League season as they defeated Zenit St. Petersburg with Romelu Lukaku’s goal in the 69th minute.

It wasn’t Chelsea’s most impressive performance but they showed a tremendous team spirit and put in a fight for the starting win.

Lukaku came back to Stamford Bridge from Inter for £97.5 and has been the best player of the reigning champions this season.

Bayern Munich once again showed their class with a 3-0 road win against Barcelona. Robert Lewandowski scored twice and Thomas Muller once for a dominant win of the German champion on Camp Nou.

Bayern absolutely dominated the game against the Catalans who played their first Champions League game in the era after Leo Messi left the club.

Juventus had a much better start of the new Champions League season in the post-Ronaldo era.

The Italian side won 3-0 against Malmo with Lobo Silva, Paulo Dybala and Alvaro Morata scoring.

The other four matches of the Tuesday program ended in a draw. Lille – Wolfsburg and Dynamo Kyiv were scoreless, while Sevilla and Salzburg were 1-1 and Villareal – Atalanta 2-2.