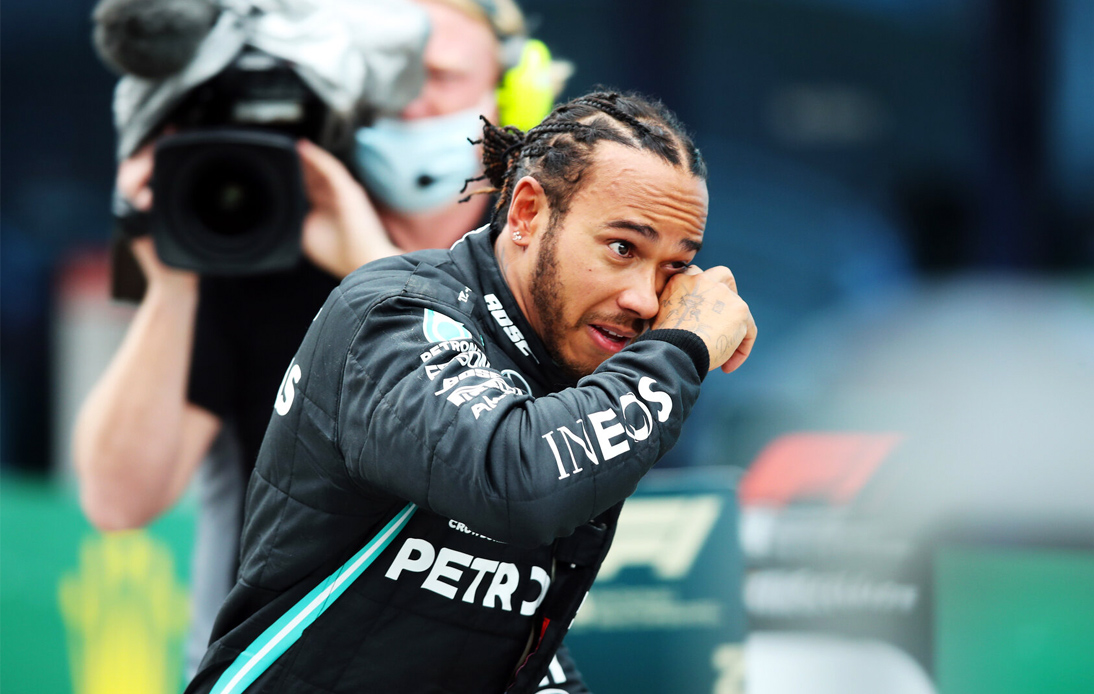 Lewis Hamilton managed to win a seventh World Championship, becoming the most successful racing driver in history, by claiming a masterful victory at the Turkish Grand Prix on Sunday.

With this achievement, the Mercedes driver managed to match Michael Schumacher in terms of titles after surpassing the German’s number of victories in October.

Hamilton won a topsy-turvy race on a wet and slippery Istanbul Park track.

The Brit started in sixth place but took advantage of other teams’ mistakes and poor tire strategies to win a race for the fourth consecutive time and his 10th in a season in which he has been extremely dominant.

It was the 94th triumph of the 35-year-old Briton’s career.

He was almost overcome with emotion in the car after the race. When he received congratulations from his team, he said: “To all the kids out there, dream the impossible.”

Then, outside the vehicle, he added: “Seven is just unimaginable, but when you work with such a great group of people and you really trust each other, there is just no end to what you can do together.”

“I feel like I’m only just getting started, it’s really weird,” he said.

Hamilton still does not have a contract for next year but said he would like to stay in F1 and that he wanted to continue campaigning for change concerning human rights, diversity and environmentalism.

Hamilton’s performance was commensurate with his monumental nature. The driver trod carefully in the early stages of the race as the other participants struggled for grip on the treacherous wet track.

He made a few mistakes and got stuck behind Ferrari’s Sebastian Vettel after all the leaders made an early stop for intermediate tires.

He was going faster but unable to overtake due to a lack of off-line grip.

However, the race opened up for him around half-distance, as he made more strategic and decisive decisions.