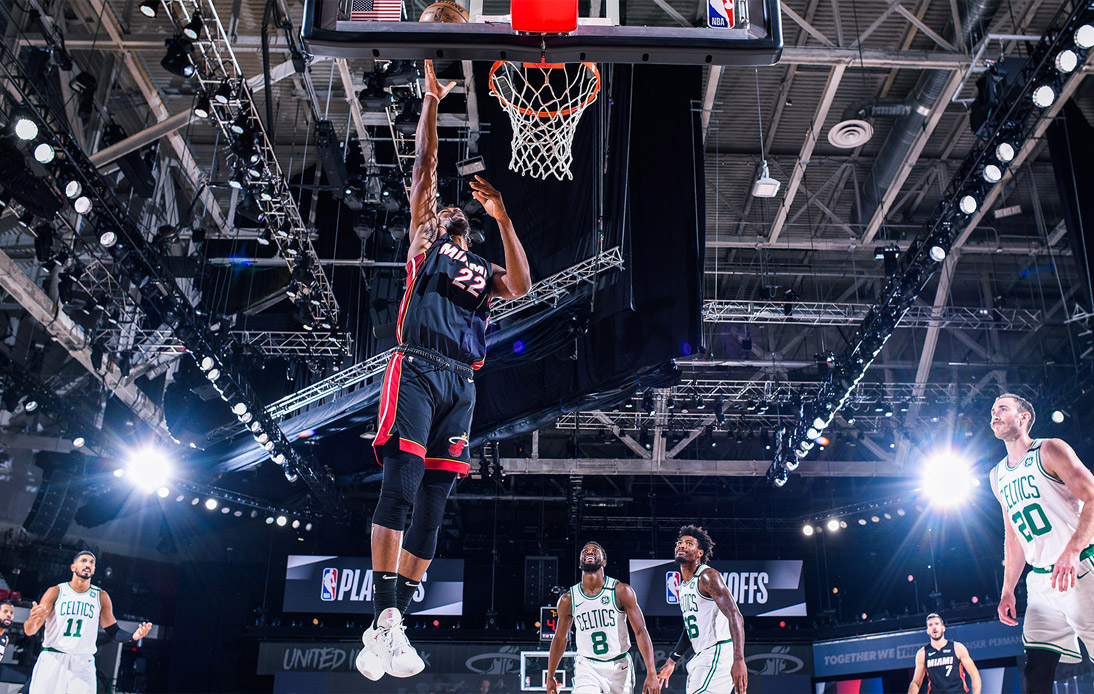 The Heat defeated the Boston Celtics after outscoring them 27-37 in the fourth quarter. The Heat were only up 2 points after the third quarter but managed to pull away and win 113-125.

Miami could count on Bam Adebayo, who had a fantastic game, accumulating a season-high 32 points, 14 rebounds and 5 assists.

After a big comeback in game 5 the Celtics seemed to hit their stride after the return of Gordon Hayward. But the reliance of the Celtics on Jayson Tatum and Kemba Walker became clear when no one else was able to really step up when their top duo struggled.

This season is the third time in four years that the Celtics lose in the Eastern Conference Finals. Even though all of their core players are still under contract next season this must still sting for a team with high hopes after a hard-fought 4-3 series win against the Raptors in the Conference Semifinals.

The Heat on the other hand must be the surprise team of the Eastern Conference.

Nobody expected the Heat to reach the NBA Finals, let alone the Conference Finals, but they did so in convincing fashion.

They started of by sweeping the Indiana Pacers, after that they destroyed MVP Giannis Antetokounmpo and the Milwaukee Bucks by winning 4-1.

We must credit the Celtics for giving the Heat their toughest series yet but the Heat overcame their last obstacle by having some amazing individual performances, such as 37 points from Tyler Herro in game 4, but also some amazing all-round games as a team, such as game 6 in which all 7 players that played more than 5 minutes scored 9 points or more.

The main take-aways from this game are that the Heat can rely on Iguadola to take on a bigger role in the Finals. If they want to try and stop LeBron James Iguadola will probably be his main defender.

He scored 15 points while shooting 100% from the floor, including 4 3-pointers.

Another take-away is that Miami absolutely made the right move signing Jimmy Butler exactly one year ago.

The impact Butler has transcends the basketball floor. He is still a solid all-star on the court but his main impact is of the floor.
He puts a fire in his young teammates that makes them fight for every ball while also improving every other aspect of their play. Players such as Tyler Herro say they want to get Jimmy in the NBA Finals as he deserves it.

Such level of mentorship is rarely seen these days.
The Jimmy Butler redemption tour after some bad stints with the Timberwolves and 76ers is very much completed but the icing on the cake would absolutely be winning his first championship.

But the Heat will have their work cut out for them in the finals as they are facing LeBron James and the Los Angeles Lakers in the 2020 NBA Finals.