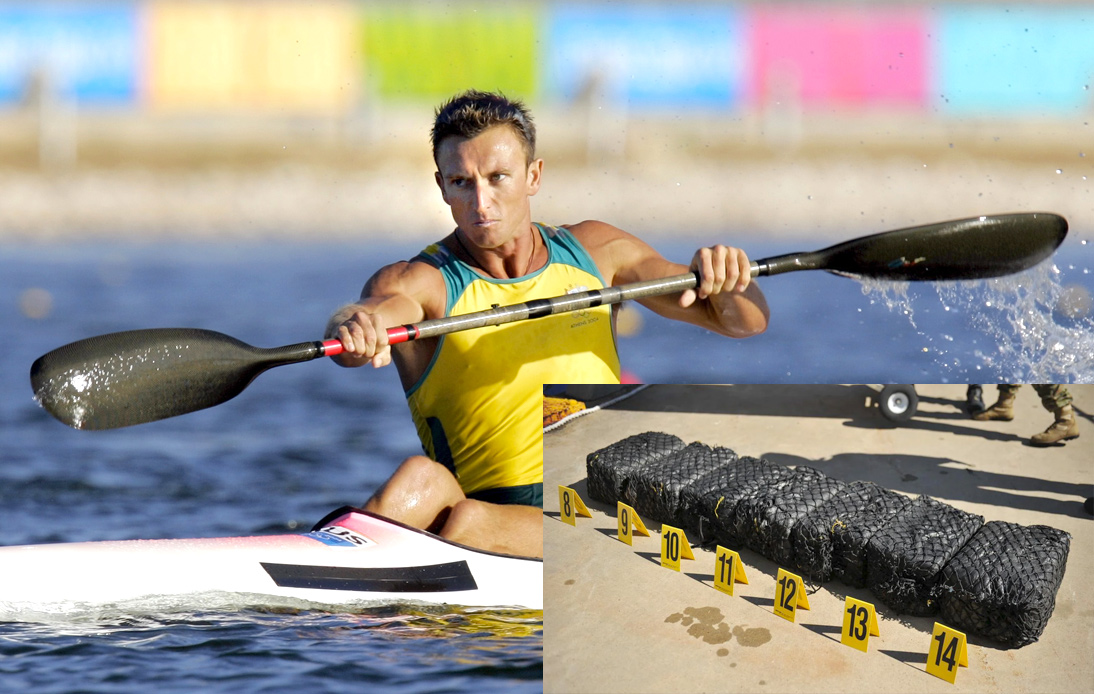 On Thursday, Australian sport received some shocking and disappointing news: Olympic kayaker Nathan Baggaley (along with his brother Dru Baggaley) was found guilty of attempting to smuggle 650 kilos (1433 pounds) of cocaine into the Oceanian country.

The illegal cargo was valued at a total of A$200m ($152m; £109m). The Baggaley brothers, who had pleaded not guilty, will be sentenced later this month.

In July 2018, Dru and another man named Anthony Draper were arrested after a dramatic and hair-raising police chase at sea that also involved the air force and navy.

The boat used used in the incident (which was loaded with the drugs) was owned by Nathan.

Dru and Draper made an 11-hour journey in June 2018 to meet up with a foreign ship that was carrying the cocaine.

As they were attempting to carry out the illegal operation, they were spotted by surveillance aircraft and a naval vessel began to follow them.

Dru was photographed throwing packets of cocaine overboard as Draper tried to flee.

According to prosecutors, Nathan (who won two silver medals at the Athens Olympics) also participated in the plan, buying the boat and fitting it with a satellite phone and a navigation system.

Nathan said in court that he bought the boat with money given to him by Dru.